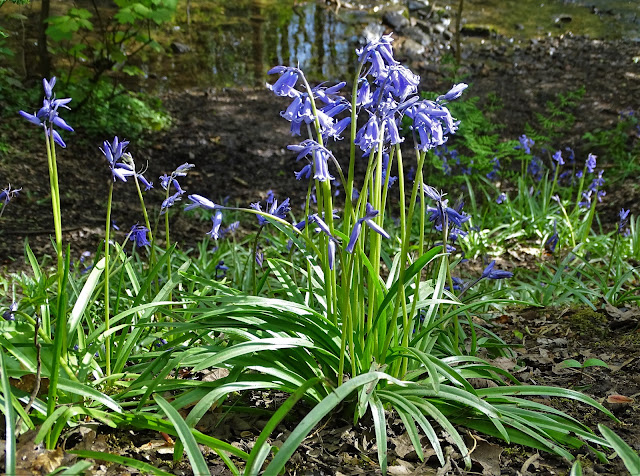 Extra! Extra! Read All About It! The bluebells are out in Ecclesall Woods once again. They do not last for very long but while they are out the glades of that ancient woodland are awash with hazy blue. I am going to go right out on a limb here and declare that native British bluebells are my favourite flower of all.

Over the years, I have also found them exceedingly difficult to photograph effectively. The human eye is more forgiving than a camera lens when it comes to bluebells and dappled light.

Yesterday afternoon I dragged Shirley away from her mask making to visit the woods. She was also delighted with the bluebell show. At first the golden orb hid behind clouds but half way through our woodland wandering he decided to put in an appearance as the heavenly canopy above turned blue - though not bluebell blue which has hints of lilac and purple. 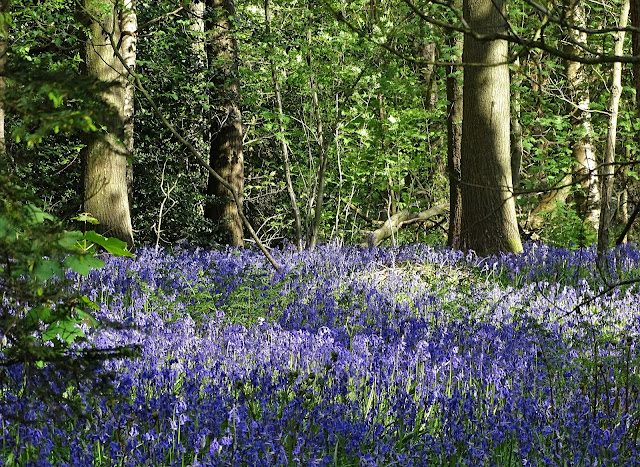 I felt like writing a bluebell poem but having laboured over "Moors" this week, I decided to simply recycle two previous bluebell poems. The first is from May 2017 and the second - a war poem with bluebells - is from 2014. One or two of you out there may be remember them. The poems are old ones but at least the photographs with this post are brand new.

They came back.
A haze of indigo, purple and violet blue
Swirling across that secret glade
Like morning mist
Drifting the mottled shadows
Under gnarled and timeless trees
Where invisible thrushes carolled
In the heart of those fairy woods.
And it was lovely and it was blue.
Tumbling down to the brook
And all along the margins of the path.
I bent and held a single stem against my palm
Silently pledging no hurt nor harm
To see them dangling like drops of rain
To see the blueness once again.
Yet they made no ringing or jingling sound
As they reclaimed their ancient ground.
What joy and truth was thereby found
To see the bluebells all around. 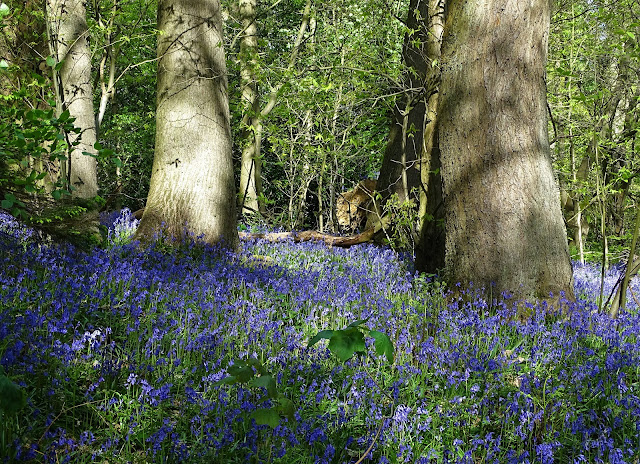 I left you in the bluebell time
Afore that summer's foliage
Carpeted those paths we walked
In shadow.
I clasped you by a gnarled beech tree
And felt your urgent heart
Against my chest -
And the lovely bluebells
Hung like mist
And life seemed like a story
Of hope and yes, of love...
But I left you in the bluebell time
For Cannock Chase
And khaki games of war
No bluebell kisses
And no words to say
Those awful things we saw.