I was thinking of changing the name of this blog to "Historical Enquiries" or "Past Times" but I swear I will return to 2020 in the very near future so please bear with me.

Yesterday your intrepid historical correspondent walked up an old moorland track called Jumble Road. It was a chilly day and he wore his padded Hull City manager's jacket - the one that is normally only worn in winter months.

Jumble Road meets the equally rough Houndkirk Road at a lonely moorland crossroads. There your undaunted reporter turned left, heading for Thieves Bridge - close to the spot where two remote cottages once stood. Yesterday, a small herd of cattle were gathered there including calves. One should always be wary when walking by new calves. Their seventy five stone mothers can often be protective in an aggressive way. Every year a dozen people are killed by cows on this island - usually when calves are present.

Bravely, that determined correspondent negotiated his way through the herd and then turned left down a little trodden path that weaves its way through moorland vegetation and over rocks to this place:- 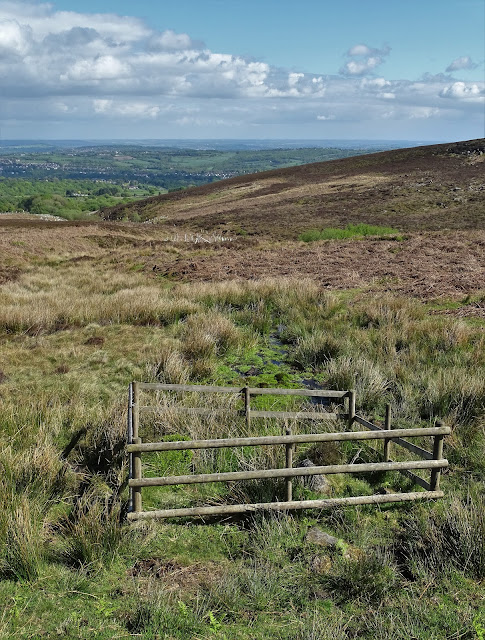 It was easier to find than I had imagined. It is called God's Spring and I had never been there before. Pure water bubbles from under the rocks that hide the exact source. Nobody knows why it is called God's Spring but it is likely that the "God" in question is not the recent one that freely inhabits The Bible. Archaeology has uncovered several ancient sites in this vicinity and it is more than likely that God's Spring was a holy place as most natural springs were in that misty past. Anyway, it is apparently referred to in that manner by several antiquarians so who am I to dispute that supposition? 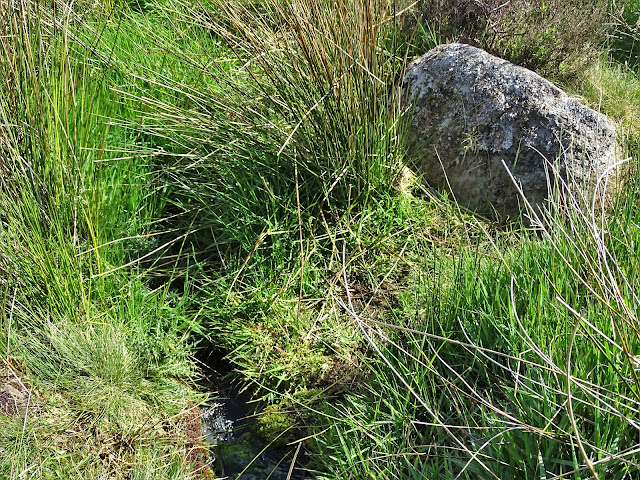 It was a short outing. When I got back to Houndkirk Road I sat on a rock and watched the cattle. A mountain biker rode by in his obligatory helmet, sports goggles and day-glo body suit. Then a friendly Chinese man with a rescue dog stopped for a socially distanced chat while the long-legged dog watched the much bigger animals close by. He was probably thinking, "Jesus! They are bloody big dogs!"

Then I walked back to silvery Clint, still dozing in the lay-by where I had parked him - at the bottom of Jumble Road by Sheephill Road. I opened the gate for another mountain cyclist - a young man called Sam who lives across the road from us. We talked briefly and then I debooted myself before driving home. Mission accomplished. I had found God's Spring.
- May 12, 2020