Nobody likes a braggart - trumpet blowing boasters who habitually show off  and tell the world of their remarkable achievements. Both Jair Bolsonaro  and the loathsome New York City rapper D.J.Trump ought to know that. And now I am joining them.

As far as I know neither Bolsonaro nor D.J.Trump contribute to the British Geograph website so neither of those towering world statesmen have known the joy of waking up on a Saturday morning to find that one of their previous images has been chosen as "Picture of the Day":- 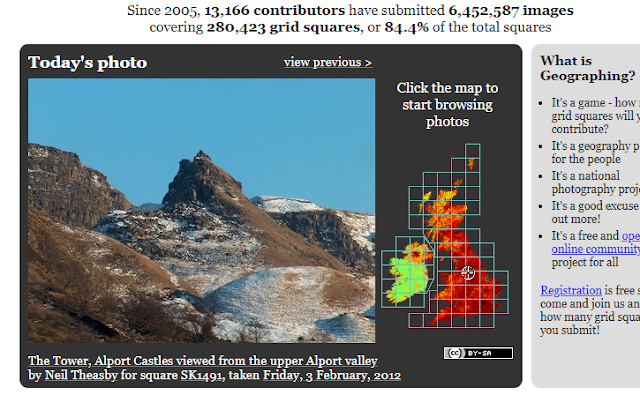 Similarly, neither of them will have experienced the rosy glow of satisfaction that comes when one of your images has been chosen from an extensive nominations list as the "Picture of the Week". That happened to me three weeks ago with this image taken on a valley side by Dale Dike Reservoir:-
There are other things I could brag about - like the day I met The Queen Mother, winning the Holderness Schools fifty yard sack race in 1964, meeting Mick Ronson (David Bowie's guitar man) or being awarded the school art prize at Beverley Grammar School in 1972.  Blah-blah-blah! But nobody likes a boasting braggart as I said before, so I had best shut up now.
- May 23, 2020