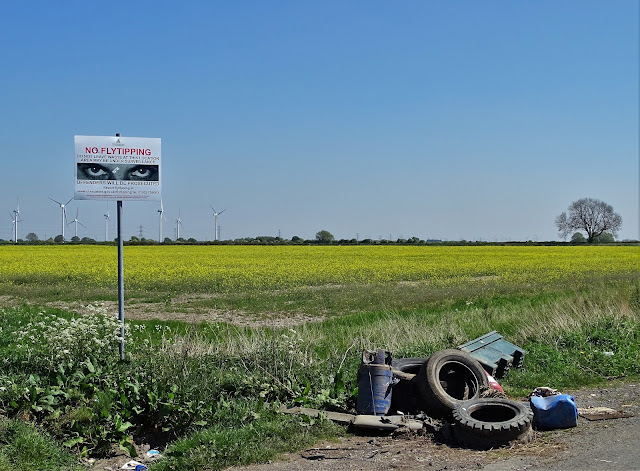 In Britain, we use the word "flytipping" to describe the illegal dumping of rubbish - often in the countryside late at night. Fortunately, the people who do it are few and far between. The rest of us shake our heads in despair. How could anyone be so terribly antisocial, caring so little for the local environment? And who the hell do they think is going to clean up their mess?

Yesterday, as I walked for six miles  across a pancake flat landscape in bright May sunshine, I came across several saddening examples of flytipping. As well as the old tyres and disused gas cylinders in the picture above, I saw fridges, sofas, mattresses, a broken shed, garden waste, builders' waste, a suitcase and old clothing. The detritus of modern living.  Some of it had even been tossed into drainage channels that criss-cross  the area. How can the selfish perpetrators sleep at night?

Putting that heartbreak aside,,, Near Maud's Bridge I illegally crossed the railway track to secure this picture of a tree in a potato field with wind turbines beyond. The locality is known as Nun Moors... 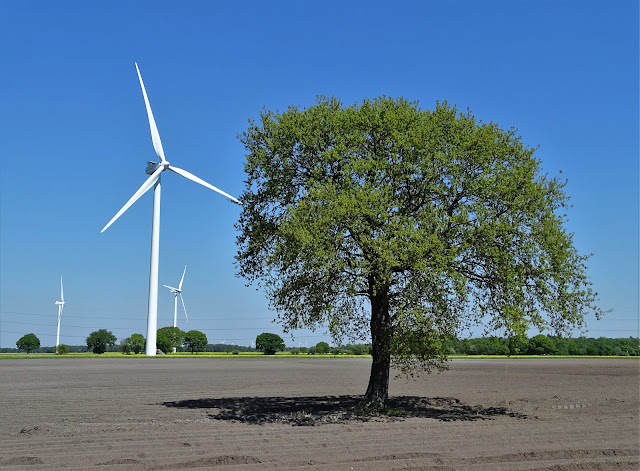 And here is the peaceful view westwards along the Sheffield and South Yorkshire Navigation Canal, seen from Maud's Bridge:- 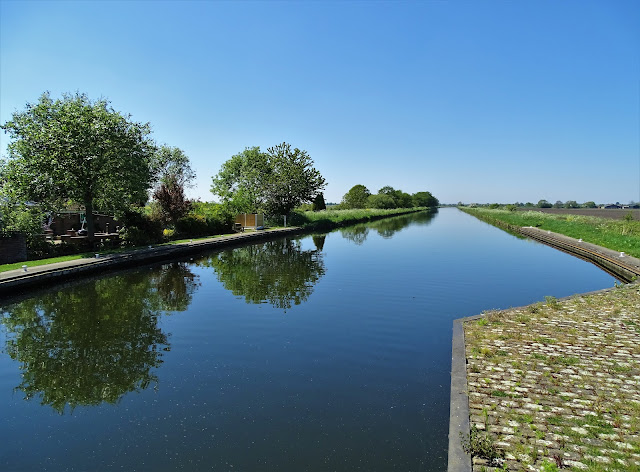 Back in the town of Thorne, I noticed  interesting sculptural work on Travis's Charity School (erected in 1863). The artefact must have been added  in modern times - for its sculptor, Byron Howard, is, I believe, still alive and kicking. The building is certainly no longer used as a school. In fact, a little googling revealed that it is Byron Howard's studio. Not to be confused with the Disney animation director of the same name. 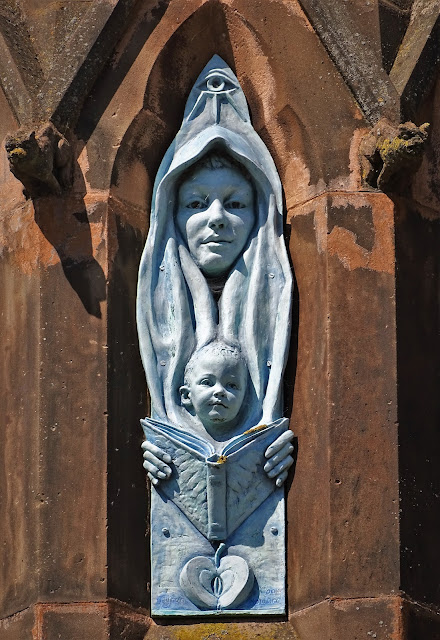 It was a splendid, non-taxing walk - mostly along single track country lanes. I hardly saw any vehicles - just a few other walkers and a handful of cyclists but at Thorne Number 2 Level Crossing the red lights began to flash and moments later a short local train flashed by in an instant on its way to "Sunny Scunny" (Scunthorpe) in North Lincolnshire. 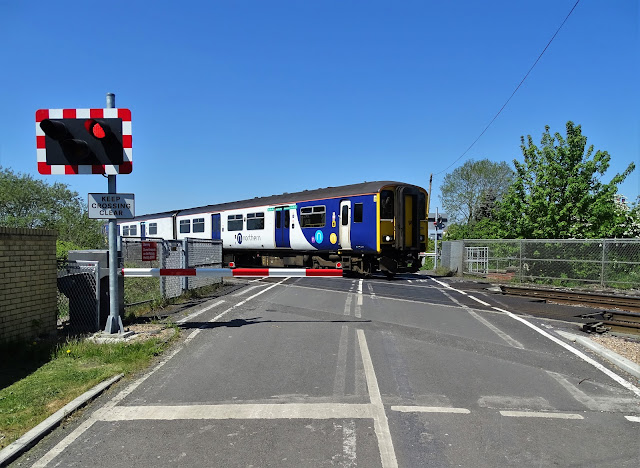