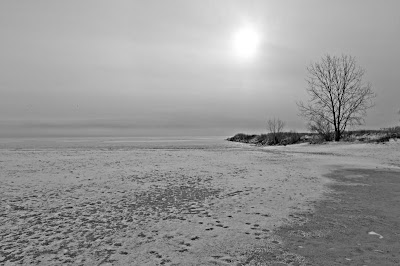 In the supermarket, they are selling off the last remnants of Christmas 2009. Pork pies, shiny Christmas crackers, biscuits for cheese, little string bags of chocolate coins, selection boxes, tubs of brandy butter. It's well and truly over. All that feasting. That drinking. That consolidation of family ties. For many of those fortunate or unfortunate enough to be in work, the return date is Monday January 4th - Black Monday. There'll be thousands of glum faces that morning.

I should have been getting up early to drive our daughter Frances over the Pennines to Manchester Airport for her return flight to Alabama via Atlanta but with the Snake Pass being closed and the prospect of more icy weather, we are not taking any chances. I have booked her a hotel at the airport ready for an early morning start on Monday. I doubt that Mr U.F.Abdulmutallah, languishing in a Michigan cellblock, will be even vaguely aware of the inconvenience his unforgiveable actions are causing to legitimate air travellers. What a shame that his unsuccessful chemistry may have blown away his gonads!

Our lawn remains frozen. Habitually I am out there every morning spreading birdseed and leftovers, pouring hot water into the birdbath etc.. The plump carcass of our Christmas turkey is now no more than a thin avian skeleton. It has been pecked at and chomped on by a variety of garden birds, a couple of neighbourhood cats and Basil, our friendly local urban fox.
I never want to go away at Christmastime. We have dwelt in this house for more than twenty years. There are echoes of previous Christmases when we had parents of our own and when our children were little. Perhaps it was in 1990 when I woke very early on Christmas morning and heard the quiet rustling of bed clothes from our son's room, then a little more rustling and movement before a sleepy voice whispered "He's been" which grew into increasingly sharper more excited declarations - "He's been! He's been!" I went into Ian's room and saw the brightness in his eyes. I let him take just one parcel from his bulging pillowcase and unwrap it before I kissed him and tucked him in again.
This Christmas he brought his pretty girlfriend Ruby for Christmas dinner. He's twenty five now but something of that old Christmas sparkle remains. For the one and only time last year he stayed over in his family home on Christmas Eve and in the morning we all had champagne and bagels with cream cheese and smoked salmon for breakfast.
On New Year's Eve we just went down to "The Banner" - our local pub. Ian and Ruby were there too with Ian's "boys" - young men he has known since schooldays. The pub was merry and friendly and I knew half the people there - such a comforting feeling. Hugging and hand shaking and kisses - wishing each other a happy new year and all aware that happiness is a precious but fragile state that can so easily be shattered.
On New Year's Day my younger brother came over from East Yorkshire for another seasonal feast - another turkey with all the trimmings. A roll-up smoking bachelor, he still lives in our mother's house and works as a hotel maintenance man on low wages - griping and grumbling about each and every aspect of his job. Nothing's ever right. There's a lot of bitterness in him - partly born out of the realisation that the bright potential of his youth stopped shining long ago and cannot be relit.
Hull City lost woefully to Wigan in the cup today and our street is once again being feathered with snow as I write these words. It has been great having our lovely daughter home again and I know she has enjoyed the rest, the food and simply being looked after. With her gone, these dark plains of winter will seem even broader as birds peck at the monochrome lawn and we ask ourselves - will springtime never come?
- January 02, 2010