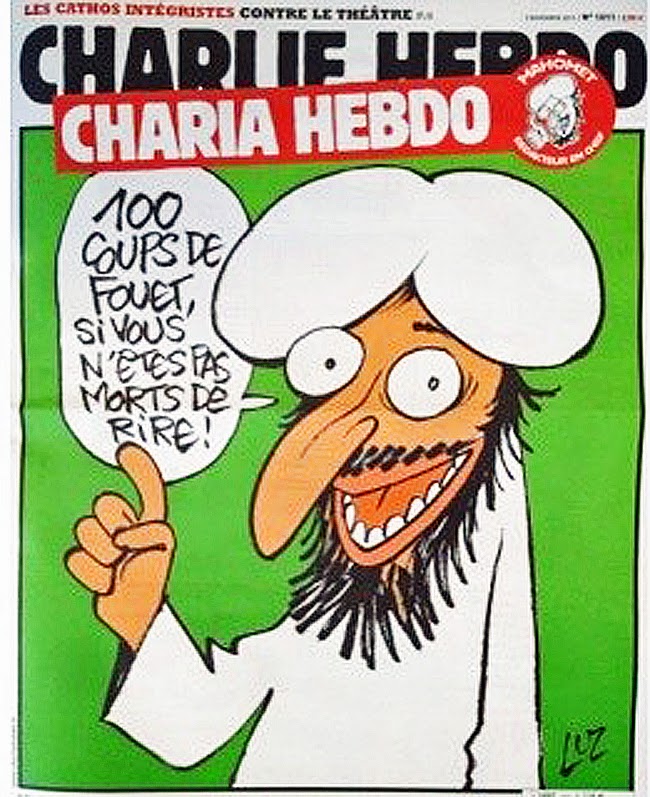 Paris, France - January 7th 2015  , The word balloon on the old cover of "Charlie Hebdo" reads - "A hundred lashes if you don't die of laughter". But I can't help thinking that in place of laughter, there will be many more tears in this new year as embittered Islamist nutcases wreak more deadly  terror in the name of a medieval religion they don't even understand. Who knows where it will all end?

Very soon after yesterday's vile attack in Paris, thousands of ordinary French citizens came on to the streets chanting "Je suis Charlie!" in anger, in solidarity and in love. So I say, "Je suis Charlie. I am Charlie too!"  For fraternity, for liberty, for equality. And dear reader, how about you, are you also Charlie? 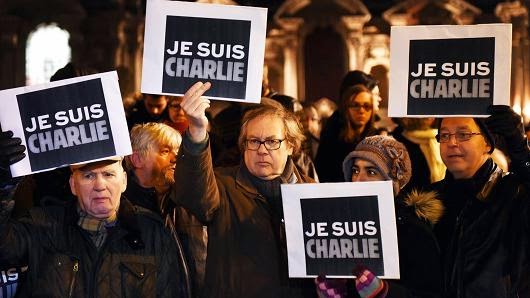