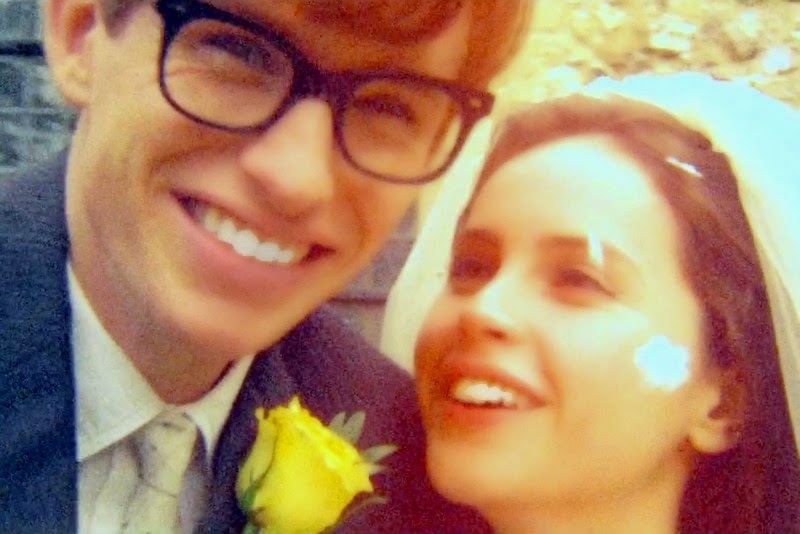 When ever I go to see a new film at the cinema, I am hoping to be wowed. At least hoping to come away thinking: "Now that was a damned good film".  But too often I am disappointed.

However, yesterday was more than good. Tears and laughter and total commitment to the cinematic illusion in front of my eyes - "The Theory of Everything" directed by James Marsh and based on a memoir by Jane Hawking: "Travelling to Infinity: My Life with Stephen".

Bravo! to Eddie Redmayne who played the Cambridge cosmologist Stephen Hawking with such sensitivity - imbuing the role with humour and humanity as we see the great academic's gradually developing battle with motor neurone disease - even as he strives to break new ground in understanding the nature of the universe in which we dwell.

And another "Bravo!" to Felicity Jones who played Stephen's wife. Her love for him overrode the practical hurdles that motor neurone disease placed in their way. They had three children and knew thirty years of wedded happiness before separating. The wheelchair-bound professor had found a new woman to love - his principal carer played by Maxine Peake.

It was a gentle, well-mannered film that convincingly takes you back to the cotton wool academic world of Cambridge in the early 1960's and beyond. No murders or bullets or car chases. Just people trying to get by - even though one of them has a very brilliant mind and an awful handicap. A very lovely film.
- January 07, 2015