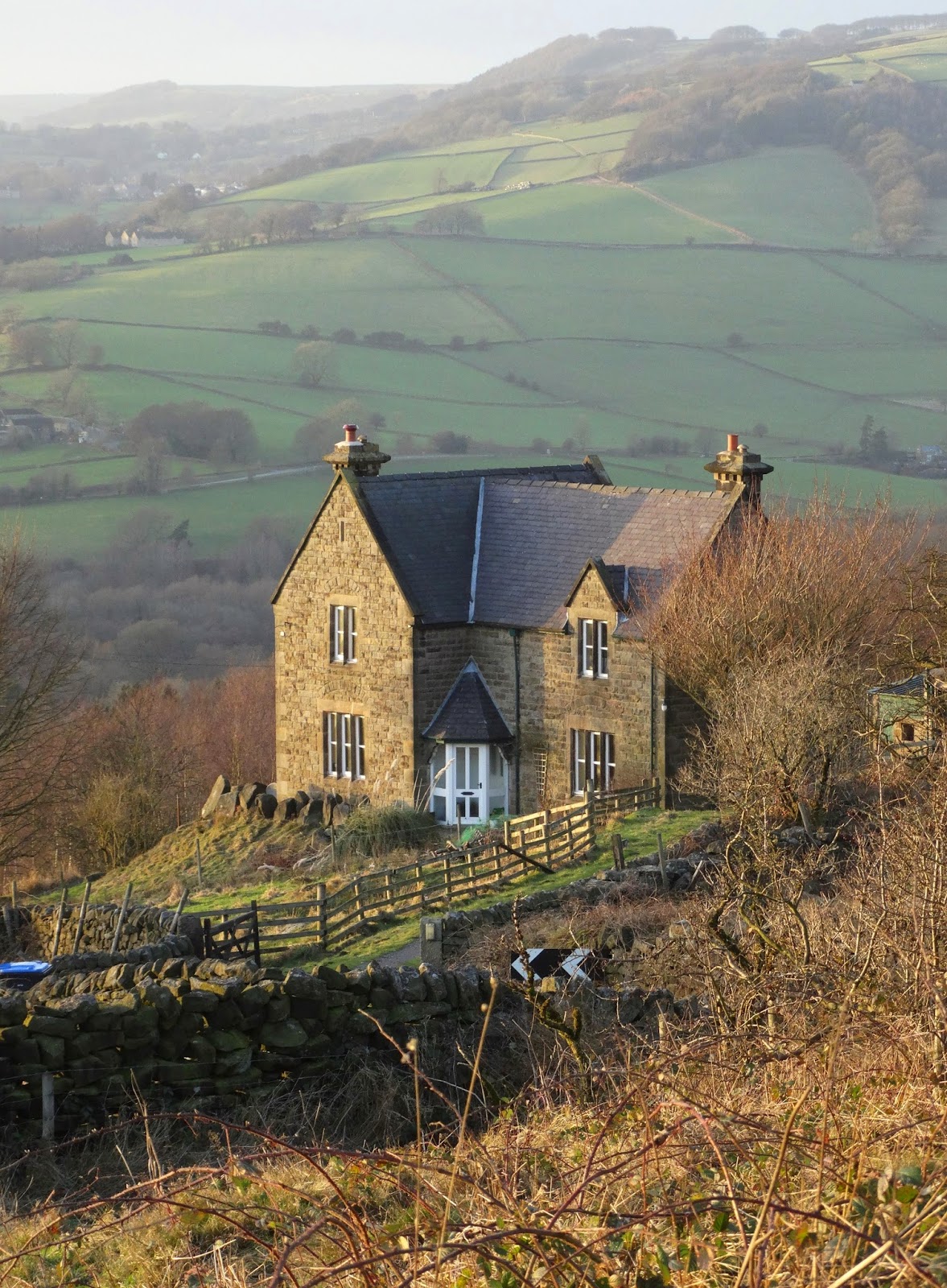 This is Warren Lodge. It sits beneath a Derbyshire millstone escarpment known as Curbar Edge. It was erected in 1877 under the instructions of The Earl of Rutland. And why is it called Warren Lodge? Quite simply because it was where the estate's main rabbit warren was located. It housed the head rabbit keeper whose job was to ensure that when the Earl and his aristocratic chums decided they wanted to shoot rabbits there would be plenty to blast away at. It is reported that on Boxing Day 1933, four bloodthirsty men dispatched over 700 rabbits in the vicinity of Warren Lodge. It sits high above the valley of the River Derwent near the villages of Curbar and Calver and I stopped to photograph it this very afternoon as the bright winter sun was beginning to sink over the western peaks.
- January 02, 2015