69? No, not my age and certainly not the intimate activity that crossed certain minds.No. 69 is the total number of photographs taken by me in 2016 that were shortlisted in the geograph picture of the week process. Fifty two weeks and sixty nine nominations. That's quite an achievement and I am rather proud of it even though only one of my shortlisted pictures made it to the Number 1 spot:-

Every week between 2,000 and 7,000 photographs are submitted to geograph so to make the top fifty 69 times proves that I am getting something right. It adds credence to my belief that I have a good eye for a picture. On my various country rambles with camera slung over shoulder, I am always looking for the perfect shot, the best light, special moments to capture. It is partly what motivates me to walk.
I realise that some visitors will be puzzled about the term "geograph". It is a British-based photographic and geographical website that invites users to portray the 315,000 square kilometres of our islands with mapped pictures. Within the site there are statistical and competitive elements and it is always interesting to see scenes captured by other contributors. To visit the home page of geograph, go here.

My 69 nominations seem to tell the story of last year - at least my story.  Beginning with some industrial premises off Carlisle Street in Sheffield and ending with The Rawson Spring Container Bar at Hillsborough, the nominations include pictures from The Isle of Man, Spurn Head, London, Liverpool, Huddersfield and of course my beloved Peak District. It's a magnificent mosaic and this is just a sample of it:- 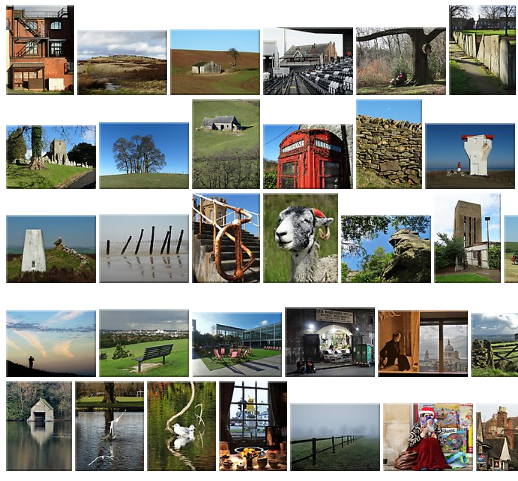 If I was to be pushed to come up with a personal Top Three from my nominations, I might well choose these:- 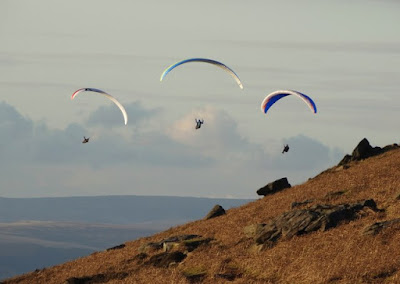 Taken in February at Stanage Edge. 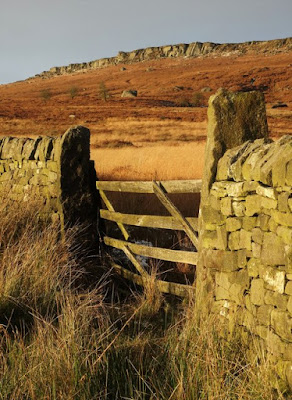 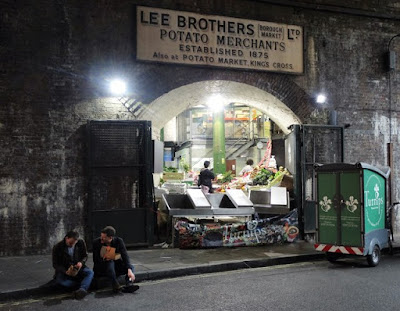 Taken on my birthday under the arches at Borough Market near London Bridge.
- January 09, 2017