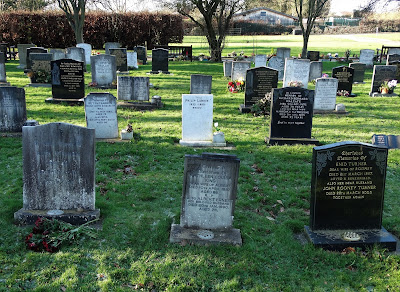 I have blogged about the English poet Philip Larkin before. See here.

He was born in Coventry in 1922 and died in Hull in 1985, having been the head librarian at The University of Hull for thirty years.  His poetry was of the modern age, perceptive and often melancholic. There is humour there if you care to peel away the layers but he is often thought of as glum and depressive. He once said that deprivation was to him what daffodils were to Wordsworth. It was perhaps the aching ordinariness of life beneath all the pretence that inspired him. He was always seeking truth, like a knight of old seeking the holy grail but his private life was suburban and rather dull. 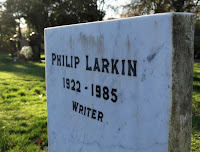 On Saturday morning, before watching my beloved Hull City beat Bournemouth 3-1, I took a special detour to the cemetery in Cottingham in order to see Philip Larkin's grave. It is unremarkable -  a little white gravestone in a regimented row. There's a simple inscription -
Philip Larkin
1922 - 1985
Writer
I wondered who chose that single word - "Writer". Perhaps Larkin himself. I speculated why the word wasn't "Librarian" or "Poet" or even "Man".

It was a sunny day but tall trees and hedging to the south of the cemetery stubbornly prevented sunbeams from illuminating the face of the gravestone as I pointed my camera at it. Later, I found myself inspired to write a poem for Larkin.

He died at the very age that I have now reached. I have known his poetry since I was fifteen and in the 1980's teaching A level English Literature, I had to cover his collection "Whitsun Weddings". My students found it quite intriguing. He really spoke to them. But then he went away where the rest of us must follow. 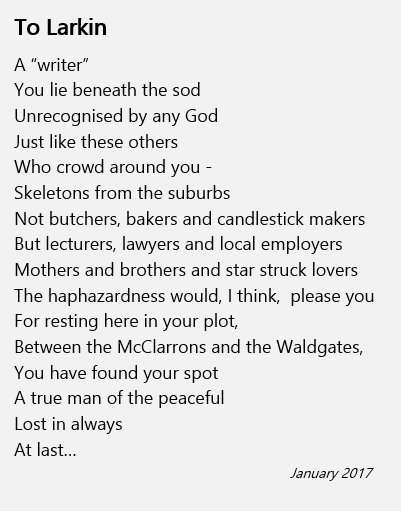 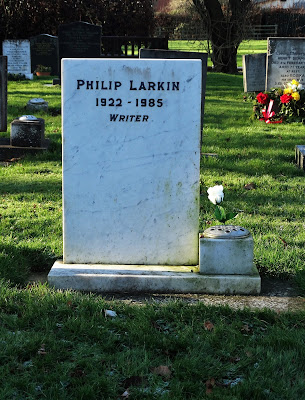