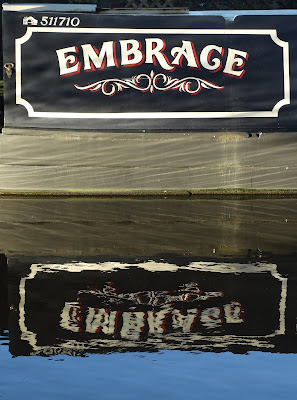 Down by the old Sheffield and Tinsley Canal, I snapped these pictures of reflections in the water. Isn't it interesting that we use the word "reflection" in two ways? It  may concern an image of something echoed upon a water surface or on glass. But of course it can also concern thought processes after an event - weighing things up, mulling things over. Connected wise sentence openings might be - "Upon reflection..." or "I  will need to reflect upon that...".

The second kind of reflection is about establishing clarity but a visual reflection is often unclear - not an exact image of the scene or item reflected. Ripples on water or cracks in glass will alter the image - perhaps making it slightly surreal so there is a sense in which it is rather odd that the term "reflection" is applied to both processes. 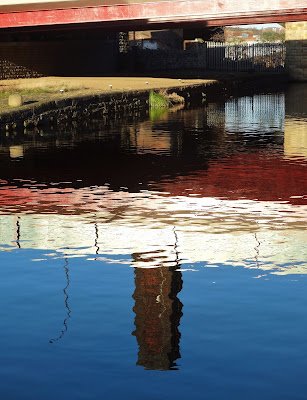 Anyway, I must stop reflecting on reflections and go upstairs for a shower. There I shall see my manly physique reflected in the bathroom mirror. I shall be off to Oxfam in an hour. Reflecting upon charities, I should like to send a giant "Boo!" out to all those mean-spirited people whose ignorant excuse for not giving to charities is that donations are mostly squandered upon administration and wealthy chief executives' salaries.  It is a myth.

Out of every £1 that Oxfam receives, just 10 pence is spent on support and running costs. 37 pence is spent on emergency response work and 42 pence is spent on ongoing development work. Upon refection, I deduce that this is a very acceptable balance. For example, the full-time manager of our shop, Catherine, receives a salary of just over £20,000 a year. Would those charity ignoramuses really expect her to work for free?

Now cease this sofa-based indolence - to the shower Moriarty! 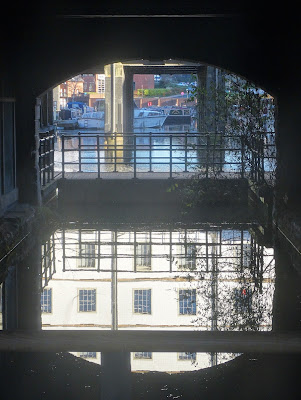