A lazy Sunday morning and a lazy blogpost. All I'm going to do is is share some more pictures from my Friday walk in the parish of Bradfield. It was a brief interlude in the greyness which is back again this morning even though the pesky weather forecasters predicted sunshine. 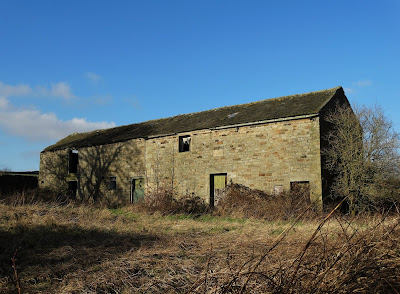 On the edge of Low Bradfield I came across this disused building. I thought it was an old barn but then I spotted an early nineteenth century plaque above one of the doors. It reads like this "1826/ Rebuilt at the Curate's sole cost./Nemo soli sibi natus". Translated, the Latin phrase means "Nobody is born alone". Why would such a plaque appear on a barn? I have been unable to solve this riddle. (Later - see update below) 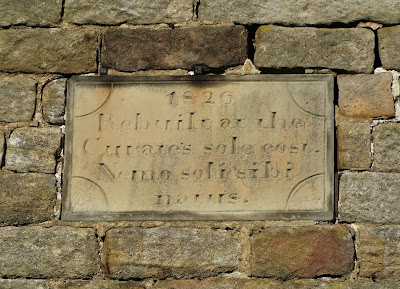 Below, a bridge takes Smallfield Lane over the point where Rocher End Brook  meets the reservoir. 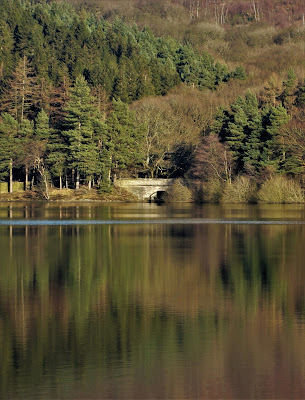 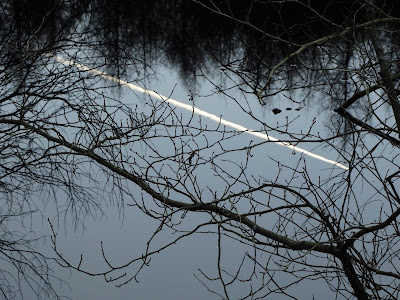 Above, a bright contrail is reflected on the surface of the reservoir which, because of the wooded hillside to the west is now shrouded in shadow. 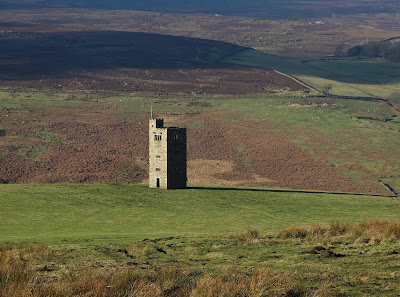 Above, another view of Boot's Folly which dates from 1927. It was built under the instructions of the landowner to keep his men in gainful employment during The Great Depression. Below, a ruined farm building near Low Bradfield - especially for Meike in Ludwigsburg, Germany. In fact, I hereby name it The Meike Building... 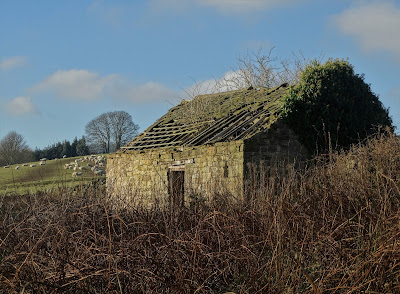 UPDATE re. the plaque at Bradfield
I wrote to the secretary of The Bradfield Historical Society and he kindly e-mailed me back...
"The inscription in Latin and it is my understanding that it goes back to the time before there was a Rector at Bradfield St. Nicholas and a Curate would come either from Hathersage or Ecclesfield and was put up for the night or couple of days at Fair House Farm and in recompense for his stay/keep at the farm gave money for the building of the barn at his own expense"
- January 22, 2017