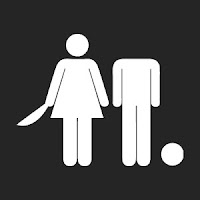 I think we all know what "misogyny" means. It is a word that has been cropping up quite a lot recently - stemming partly from the vile boasts of the present boorish inhabitant of The White House and from revelations about the seedy private life of film mogul Harvey Weinstein.


misogyny - dislike of, contempt for, or ingrained prejudice against women.

Yes. The word "misogyny" is becoming a very current term. A spotlight has been scouring Britain's political institutions where misogyny has been rife in some quarters. It seems that many men in powerful roles have habitually taken advantage of junior females in the Westminster bubble.

It's so wrong. I spent most of my years as a teacher working alongside women. They were my equals as they proved day after day. We were colleagues or what Americans call "co-workers". We were on the same mission and it was important to help and support one another.

However, just occasionally I would come across women who were what my late mother would have called "man haters". Their underlying prejudice towards men would in many ways echo the traits of the worst misogynists.

The other day it occurred to me that nobody ever seems to use the term that parallels "misogyny". Do you know what it is? I will tell you:-


misandry - dislike of, contempt for, or ingrained prejudice against men.


Its lack of use suggests that this word is somehow taboo. What do you think? Perhaps I should have remained behind the parapet.
- November 01, 2017