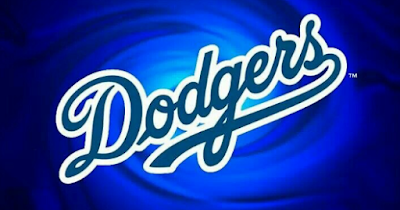 It comes as no surprise but The Paradise Papers reveal that they are all at it. It appears that where ever there is wealth, there will also be unscrupulous tax dodging.

At the top of the tree, there are huge companies like Apple and Amazon, exploiting all the tax loopholes they can find to avoid paying their dues. They move their millions across international borders to stay one step ahead of  legitimate pursuit.

At the other end of the wealth spectrum, you find minor comedy actors from television like Patrick Houlihan and Martin and Fiona Delany. They have had their fees paid into companies based in Mauritius which they later access in the form of tax-free loans.

In my way of thinking it is all quite disgusting. Of course, it has been going on for decades. Many of England's great eighteenth century country houses were funded by shameless tax dodgers who, just like Lewis Hamilton and  Bono, did their damnedest to avoid paying up.

Countries contain societies and to function effectively these societies  need numerous  things which require public funding. We need roads and schools, hospitals and social workers, police and fire officers,  refuse collection and environmental expertise, soldiers and coastguards. The list is very long and to have these necessities, taxation is vital. We must all pay up in the understanding that this is partly what being a member of a society is all about. If you avoid, evade or dodge your tax responsibilities you are effectively passing your part of the bill to fellow citizens.

It's like attending a group meal in a restaurant and then slipping away when the bill appears at the table.

Ordinary salaried workers, low paid workers and  people who work in the public sector have  little potential for dodging tax. They pay their dues. Yet if they flee restaurants without paying their bills they will be pursued and brought to book for their dishonest evasion.

As you can deduce, I have no sympathy whatsoever for tax dodgers, They will often protest that their avoidance happens within the bounds of existing tax legislation but they know that what they are doing is selfish and immoral. As this morning's "Daily Mirror" headline suggests, they are indeed "parasites" and the sooner international laws catch up with them the better. 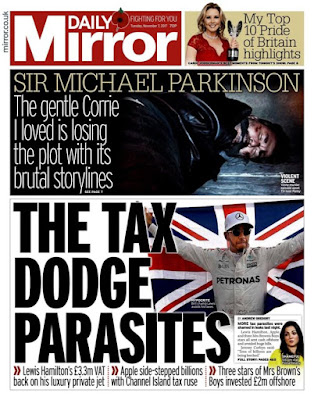