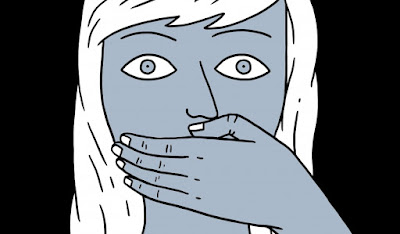 The culprits were sitting nervously outside The Speaker's office. It was rather like waiting outside the headmaster's study back at prep school.

From behind the sturdy oak door, they could hear Mr Bercow berating the honourable member for Bilbury South in no uncertain  terms.

"Six complaints dating back to 1990 Mr Green-Gilbert! Six! You have let your family down! Your party down! Your country down! Your trousers down! And above all you have let parliament down!"

Rodney Green-Gilbert snivelled and looked up nervously at the Victorian wall clock  above Speaker Bercow's cluttered desk. It was time to hear the specific complaints listed in the official charge sheet.

"Number one. On April 17th 1990 in Moncrieff's Bar at approximately 1.30pm you fixed  your lecherous eyes upon the shapely buttocks of Miss Dikelele Ofinkanwa, who was clearing away glasses. She reported that it was as if your eyeballs were on stalks and she felt defiled by your piercing stare."

Rodney claimed no knowledge of this worrisome incident. His mind drifted back to his thatched family home in the rolling countryside near Bilbury. To his dear wife Felicity who he had first met up at Oxford and to their dear children - Rupert, Lilian and Edward.

"Number two.  On October 11th 1998 while walking along a corridor that leads to The Terrace Bar, The Right Honourable Member for Hastings accidentally dropped a sheaf of constituency papers on the floor. You bent down to help her to pick them up and as you did so you deliberately stared down the front of her blouse as if enraptured by her cleavage . Needless to say, she felt traumatised by this unwarranted and most ungentlemanly behaviour."

Rodney squirmed as the litany of charges continued. He pictured Felicity and the children waving from their front door framed by wisteria. Finally, Mr Bercow reached the final charge..

"Number six. On October 28th of this very year while riding in a crowded lift to the fifth floor of Portcullis House you lewdly and disgustingly pressed your body into the back of LibDem intern Miss Sara Pippin, aged twenty three. Miss Pippin is now receiving professional counselling and has been on compassionate leave for the past week."

John Bercow sighed and turning his back on Green-Gilbert he looked out of his leaded window towards The River Thames where a tourist boat was carrying international visitors towards Tower Bridge. Behind his back, he rubbed his stubby little hands together, realising that the purges had only just begun. Trembling, Rodney Green-Gilbert headed for the door, fully realising that his promising parliamentary career was now effectively over.
- November 04, 2017