Last night on "Blue Planet II", David Attenborough bewailed the presence of plastics  in our oceans. He pointed out that a hundred years ago there was absolutely no plastic there. Furthermore, he alluded to the damage that plastic is causing to our precious sealife. 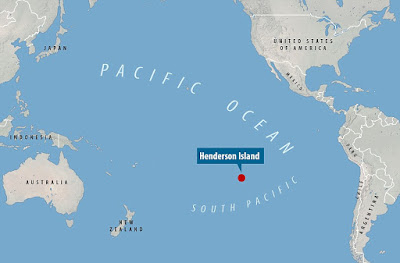 Turtles get caught up in fishing lines. Fish ingest .small pieces of plastic. Seabirds are garroted by it and mother whales' milk is badly affected by it. It's a modern day horror story. Some of the plastic waste is so small that you can only see it with the aid of microscopes. 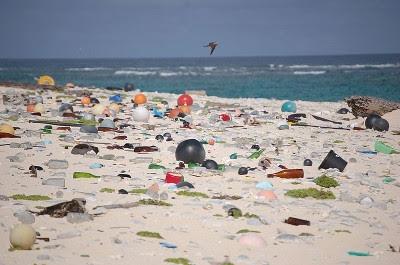 It all brought to mind Henderson Island in the southern Pacific Ocean. That island is a powerful symbol of the effects of modern day living and the way we abuse our planet.

Though a few Polynesians once lived there, it has been uninhabited for hundreds of years. Undoubtedly, the Polynesians lived in harmony with Nature and had almost no effect whatsoever upon Henderson Island's delicate eco-systems.

Earlier this year, a study of Henderson Island was completed by The University of Tasmania in partnership with the Royal Society for the Protection of Birds. Together, they estimated that there are currently 38 million plastic items on the island\s beaches - weighing approximately 17.6 tonnes. Very obviously this plastic flotsam has had a big and bad effect on marine life upon and around Henderson Island which I remind you has been uninhabited for very many years and should be a pristine atoll. The plastic has drifted there across the seven seas. 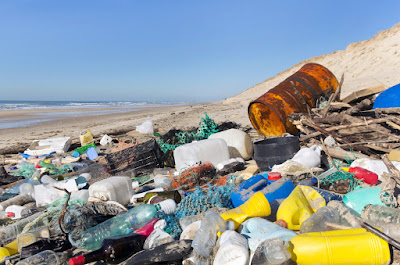 
We have been living in a throwaway, careless world. Surely it is nigh time to do something bold and brave about waste plastics. We owe it to our children and to our children's children's children and to the incredible creatures that inhabit our oceans. Henderson Island and "Blue Planet II" prove that.  But who is really listening?
- November 20, 2017