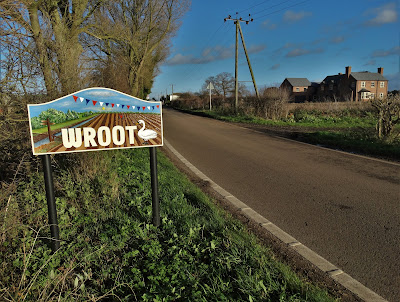 Regular visitors to this humble Yorkshire blog have had to tolerate numerous illustrated posts connected with my various rambles. Once again, your correspondent begs for his readership's kind forbearance  as he reports on his two most recent country walks.

Here in the heart of the island of Britain, we have had some gorgeous days recently - illuminated by sharp, wintry sunshine. On such days it seems so wrong to remain indoors doing indoor things like clipping one's  toenails or baking brownies or slouching in front of the television. It's good to get out. Apart from anything else a vigorous walk in the countryside has a very pleasant effect upon one's psychology - staving off any symptoms of the winter blues.

Last Thursday I headed out of the city in a north easterly direction. passing The Doncaster-Sheffield Airport - also known as Robin Hood Airport. I arrived in a village I had never visited before. It sits in a very flat peatland area that is ingeniously dissected by a network of field drains. The village is called Wroot and it is the westernmost settlement in Lincolnshire. 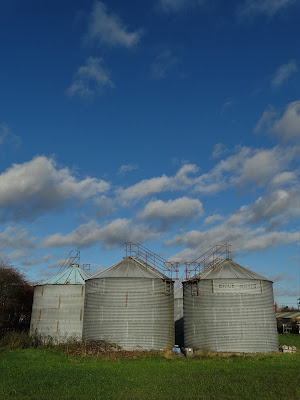 It is a watery area and in very wet weather I am sure that the drains are filled to overflowing as the surrounding fields begin to flood. I walked over The River Torne - not on its surface as some of you might have imagined - but via a bridge. Then out through fields and birch woods to Hatfield Moor - part of the Humber-Peatlands Nature Reserve. A five mile circle brought me back to Wroot which is a linear village built on a slight ridge - I guess just high enough to be above any flood waters. 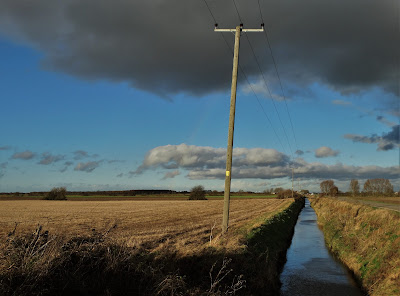 After Wroot, I tootled homewards via the village of Finningley and our local airport that in fact occupies the site of what once was R.A.F. Finningley.

Today, not wishing to drive far, I headed south to the Derbyshire hamlet of Cowley and completed a delightful five mile walk through woods and fields, along Barlow Brook, passing fishing ponds. I disturbed two grey herons. They seem very skittish birds whch at the first sight of a human being will invariably flap away. I suppose they are good judges of potential danger given our past record!
Up the slope through yet another stone stile and along to Barlow Lees before squelching across waterlogged sheep pastures back to Cowley. Two hours of splendorous walking and it was not yet one o' clock in the afternoon. I felt invigorated and also happy that I had not asked too much of my right knee.

Finally - I think that medical doctors should prescribe country walks for several common ailments instead of dishing out tablets all the time. Country walks remind us that we are alive and they get oxygenated blood pumping through our blood vessels. 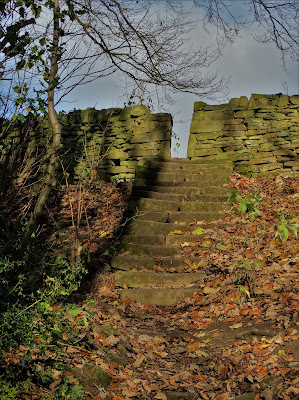