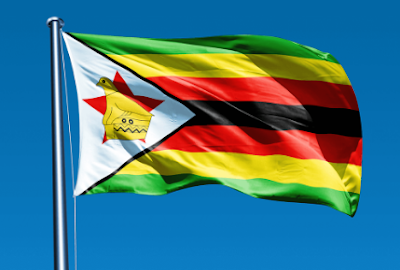 As I write this post, our television is showing live images of happy people in the streets of Harare, Zimbabwe. They feel they are on the threshold of a new era as they urge Robert Mugabe to do the right thing and go.

Undoubtedly, he played a big part in helping Zimbabwe to secure its independence but the past thirty seven years of his leadership have seen trying times of internecine struggle, economic incompetence,  malnutrition, graft, waste and intolerance. What was once the bread basket of Africa has become one of that great continent's basket cases.

At present, it does not appear that Mugabe has many supporters left who are prepared to fight for the continuation of his presidency. He has abused his power, amassing a huge personal fortune and the typical trappings of a multi-millionaire - while his people have suffered abysmally under his stewardship.

I am sure that we all hope that the next period of Zimbabwe's history will not be blighted by in-fighting and bloodshed. It would be so wonderful if the country could move peacefully to better times, underpinned by free and fair elections that create a new leadership  which seeks to help the ordinary people to make Zimbabwe successful again, leaving the Mugabe years behind.

On this happy day, as Zimbabweans dance in the streets, I wish the whole country the best of luck as it steps forward into the bright unknown of the post-Mugabe years. I can hear a voice on the the radio singing: "There may be trouble ahead" but on this optimistic Saturday in the middle of November 2017 - Let freedom ring!
- November 18, 2017