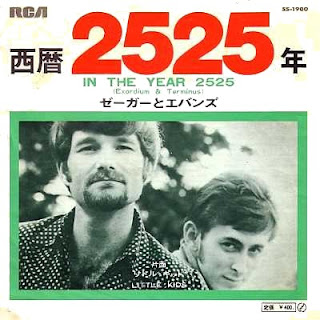 This is my thirteenth year of blogging. So far, including this offering,  I have created 2525 blogposts - hence today's title. When one has been blogging as long as I have it is easy to forget some of the topics that one has already covered.

More than once I have begun typing a new post when a little voice inside my head has asked - "Haven't you dealt with this before?" Then I have gone to the blog search facility and discovered that indeed that subject was addressed a few years back.

Take this morning as an example. I had a bee in my bonnet about TV crime drama. I decided to let off some steam but as I finished composing the post that little voice asked the old check question again. And sure enough I discovered I had composed a similar post in April 2013 entitled Detectives. You might want to check it out.

I don't know any police officers or detectives. Furthermore, nobody I have ever known has been murdered. Our neighbourhood is pretty peaceful and law-abiding. Though occasionally I contemplate crime, it doesn't really figure in my everyday life.

In such respects, I know that my experience is not out of the ordinary. Though we might read of crimes in our newpapers or watch items about  stabbings, shootings, bombs or bank heists in the TV news, most of us live quiet and fairly uneventful lives.

Well if all of that is the case, how come so many films and TV dramas focus upon crime, on murders and on the clever or ruthless tactics of the guardians of law and order? Personally, I am sick of it. It is as if the TV schedulers always opt for the lowest common denominator. Crime is traumatic and dramatic so building TV tales around it is relatively easy. It is a tried and tested formula. 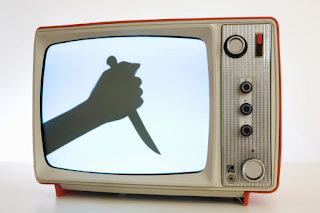 How much more challenging it is to create gripping drama that focuses on ordinary lives and ordinary events. But isn't that what drama should do? Shouldn't it reflect real human experience instead of creating the delusion that life is filled with murders and robberies all attended to  by brilliant detectives.

Instead give me dramas about Welsh sheep farmers, karaoke singers, disappointment, coping with illness, meeting long lost relatives. And drama about obscure villages where nothing ever happens and about coal miners and young mothers and laughter and natural deaths. Give me drama about the residents of high rise flats and about plumbers and hotel workers. There's the entire gamut of real human experience to choose from. Is that too much to ask or must I continue to gripe about an endless diet of crime and killing and investigation? Quite simply, that's not how life is.
- January 09, 2018