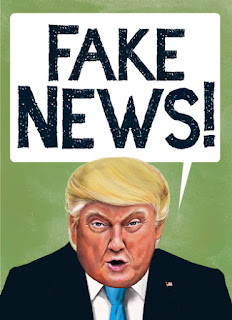 Since Saturday night when Trelawnyd hosted the ninth annual Laughing Horse Blog Awards some scurrilous rumours have been doing the rounds via Facebook, e-mail, Instagram and Twitter. This is all fake, fake news! As the current Laughing Horse secretary, I have been asked by The Awards Committee to refute several of these malicious tales:-


1. There is no truth in the rumour that Jennifer Barlow was attended to by emergency paramedics after downing a full bottle of Jack Daniels. And it is not true that she had to have her stomach pumped in the Royal Alexandra Hospital in Rhyl at 4.25am in the morning of New Year's Eve by Dr Mohan Patel. This is all fake, fake news!

2.  The rumour that Steve Reed dressed up as Mrs Trellis in order to ensnare Yorkshire Pudding is utterly false. It is believed that Steve Reed himself fabricated this story in order to sully Mr Pudding's previously untainted reputation. This is all fake, fake news!

3. The now viral tale that  Winnie was kidnapped from Animal Helper Pat's house by Sue from Wiltshire is wrong. It is also wrong to suggest that Sue wanted Winnie to mate with her lusty Gallic hound Rick in order to produce valuable puppies. Winnie had got into the boot of Sue's car by accident. Fake!

4. Meike from Ludwigsburg was not deliberately locked in St Michael's church by Graham Edwards and she was not heard crying through the keyhole by Cameron The Teenage Boffin who allegedly rescued her after changing into his purple bodysuit and silver cape. This is all fake, fake news!

5. Briony did not grab Albert the Cat by the tail and she did not swing him round her head while singing "For Auld Langs Syne". She is an animal lover and would never treat a cat in that manner - not even after consuming several large glasses of chardonnay and eleven double G&Ts. Fake!

6. Lee from Queensland was not squashed into the boot of Mr Pudding's Korean vehicle, Clint. She did not spend the entire evening banging on the car's bodywork and shouting "Help!" in the vain hope that someone would rescue her. This is all fake, fake news!

7. Kylie from Sydney and Helen from Brisbane did not miss the bus back to The Westminster Hotel in Rhyl and they did not have to walk back nor enter the hotel's foyer at daybreak complaining about their aching feet. This is all fake, fake news!

8. Red from Red Deer, Canada - The Overall Blogger of The Year for 2017 - did not spend the night in John Gray's bedroom with American socialite Vivian Swift. Both North Americans have high moral standards and would not deign to jump into bed with someone they had just met. The fact that Ms Swift's black and amber feather boa was found hanging from the lampshade is purely co-incidental. This is all fake, fake news!

9. Derek Faulkner did not spend the entire evening in a corner of The Memorial Hall grumbling, "This is rubbish!" and "I want to go back to the hotel!" This is all fake, fake news!

10. The estimated bill for collateral damage caused to both John Gray's cottage and The Memorial Hall does not amount to anything like £8,000. It is more like £5,000 inclusive of V.A.T.. The estimate has been provided by Henry Jones and Son of Rhyl. This is true, true news! 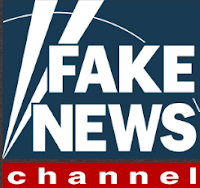