Boastful people are so annoying - I am sure you will agree.  Consequently, it is with some trepidation that in this post I have decided to join the ranks of braggers and boasters, displaying the self-satisfaction of an old windbag. After all, I don't want to put people off visiting Yorkshire Pudding.

Anyway. As some of you will recall, I regularly contribute pictures to the geograph website, It is a British mapping project in which contributors submit photographs taken within Ordnance Survey 1km squares.

Each week there is a photo of the week competition which begins with the top fifty nominated pictures from the week before. In some weeks over 5,000 images are submitted so to even make the weekly shortlist of fifty is a great honour.

At the end of last year, one of the website's administrators counted up how many nominations each contributor had received in the course of 2017. Then he drew up a kind of league table. I was elated to discover that my name was top of the pile! In fifty two weeks I had had seventy five nominations - way out in front of my closest geograph rival. Here's the proof:-
Hip hip hooray! I think of all photo walks I undertook last year and the way my roving eye was constantly on the look out for great images. It's  very gratifying to have this year long enthusiasm recognised in this way. I guess that with every picture I take I learn a little more about what makes a good image.

More bragging from Mr Boasty McBoastface... On Saturday, our son Ian was interviewed in the business section of BBC TV World News with his Bosh! chum Henry. The interviewer was a jumpy Australian fellow called Aaron Heslehurst,  The interview lasted for over five minutes and a member of the production team told our son that it would be seen worldwide by at least 100 million people! 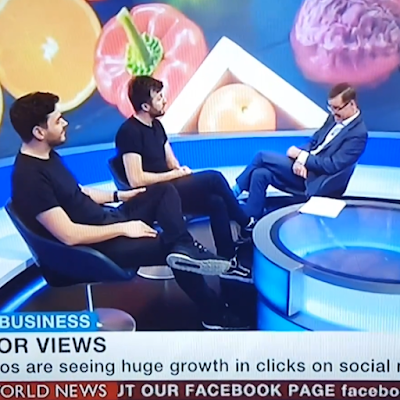 In other Bosh! news, the cover of the recipe book has been revealed. It is due out in April but it is possible to pre-order a copy via Amazon. I am keeping my fingers crossed that nothing unpredictable interrupts the momentum of Bosh! Ian has been working so hard to make it successful... 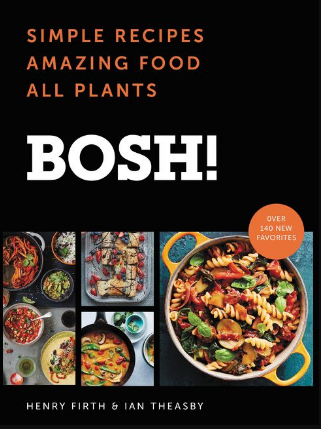