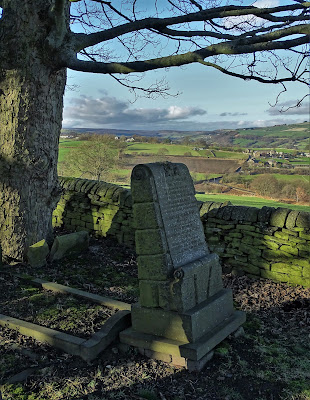 It was as if  hairs were growing in my throat. The coughing made me flee from the bedroom. The next night Shirley slept in the front bedroom while I faced the night alone with a glass of water and a bottle of "Deathwatch"cough linctus. Radio 4 hummed on low volume like a never ending bedtime story. 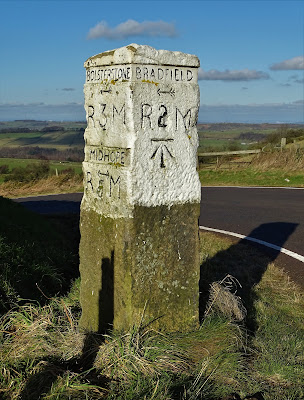 On Thursday I was a big lump stranded on our sofa, waiting for the next cough to rise up from The Great Pudding Volcano. My energy was in retreat and my rib cage felt sore with all the coughing exertions. I hardly moved all day. 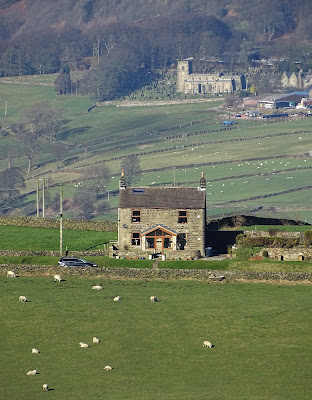 On Friday morning I felt slightly better and seeing the bright skies outside thought I might risk a little motorised peregrination in order to snap some photographs of the countryside west of Sheffield. Long time visitors to this blog will have been there with me before so I apologise if some of the pictures that accompany this post seem a touch familiar. 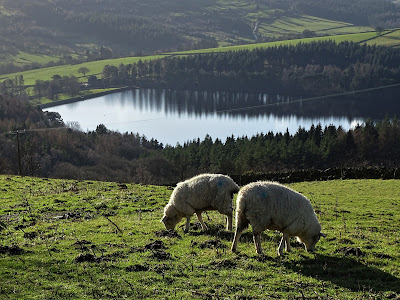 In Underbank Chapel's graveyard west of Stannington I had an awful coughing fit and steadied myself against one of the stones. It crossed my mind that I could have saved Shirley some money by falling into a coffin shaped hole near the perimeter wall. But I lived to hopefully get through another weekend. 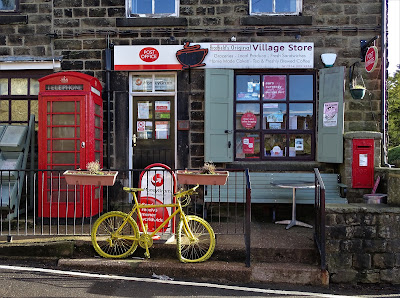 Pictures: 1.In Underbank Chapel's graveyard with views over The Loxley Valley  2.Eighteenth century milepost on Bolsterstone Road   3.A view of Hill Top with St Nicholas's Church, High Bradfield beyond   4.Sheep above Agden Reservoir  5.The Post Office and Village Shop in Low Bradfield
- January 28, 2018