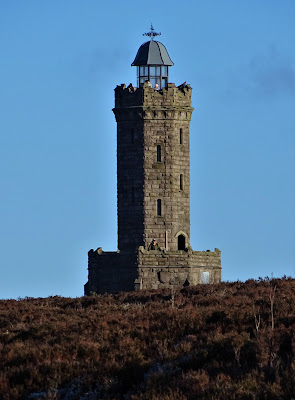 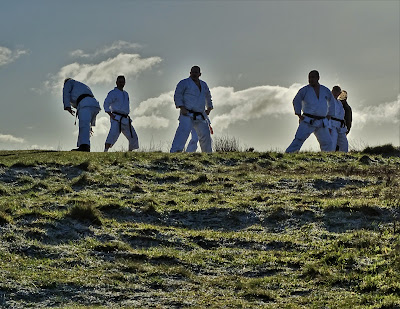 Rather than driving home in the dark, I booked a night in the Travelodge  at nearby Darwen. Besides, the weekend weather forecast was brilliant so I had decided to factor in a Sunday morning country walk to the west of Darwen. This would bring me to the little milltown's Jubilee Tower which overlooks the valley of The River Darwen. I had hoped that Shirley would join me but she's been slightly unwell the past few days with a head cold and associated frailties so sitting in a cold football stadium, followed by a six or seven mile wintry walk seemed an unwise prescription. 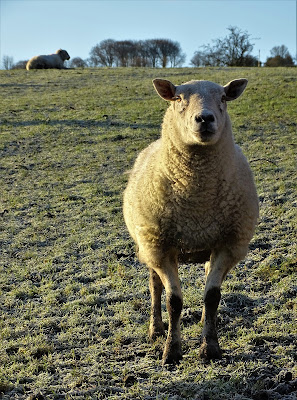 Curry in "The Shapla" Indian restaurant on Blackburn Road. A couple of pints of Thwaites best bitter in "The Anchor Inn" then back to the Travelodge for "Match of the Day" and a good night's sleep. How marvellous for our young Nigerian fullback - Ole Aina. Once again I saw him rise to meet the corner and head the leather orb into Blackburn's net. His very first goal for The Tigers. 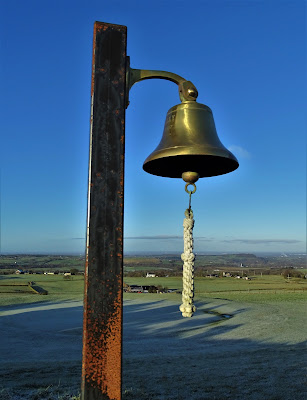 In the morning I met a ruddy-faced farmer's wife on Moss Fold Road. Very kindly, she showed me through her farmyard and pointed me to the track I needed to climb in order to reach the hills above Darwen. It was such a bright winter's morning with frost silvering everything in sight. 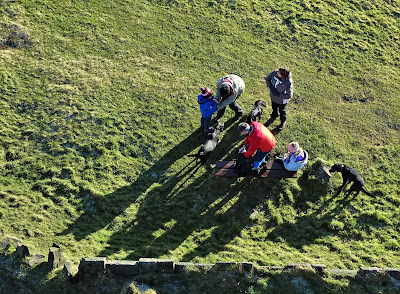 As a walker, I find that one of life's sweetest delights is to walk in unknown territory and I had never been to either Blackburn or Darwen before. I was entering the unknown. After almost two hours I made it to The Jubilee Tower which was opened in 1898 to celebrate Queen Victoria's jubilee. There were other people up at the tower, including, quite bizarrely, members of the local judo club exhibiting their skills there on the cold moorland. 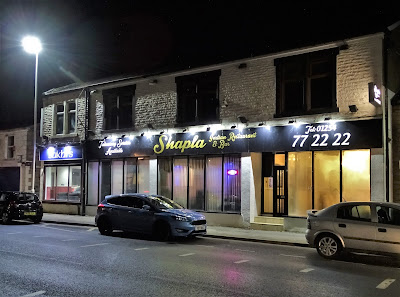 I met a local man at the very top of the tower and he told me that he had never seen so many people there in all his life. I guess it was because it was a Sunday and the winter's day was so clear and blue. What better day for a country walk? As long as you are suitably wrapped up you don't feel the cold. 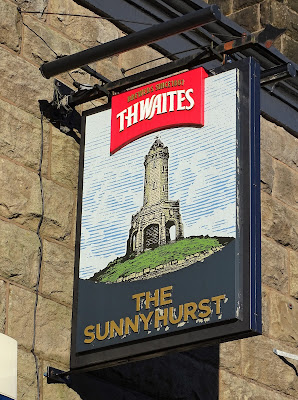