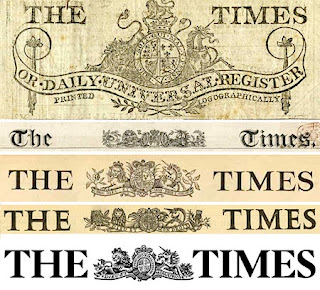 "The Times". That's a name to conjure with. For two hundred years it has been one of the principal organs of the British state. It is read by politicians, aristocrats and academics. The fact that it is now owned by a snake called Murdoch doesn't seem to have tarnished its influential reputation.

Yesterday the main news story in "The Times" concerned shenanigans at Trump's White House with many insider revelations from Michael Wolff's "Fire and Fury - Inside The White House". Oh dear, Donald! No wonder your fancy lawyers are belatedly attempting to block the book's publication. I guess the truth really hurts doesn't it Donald?  Oh dear.

So there's Trump on the front page... 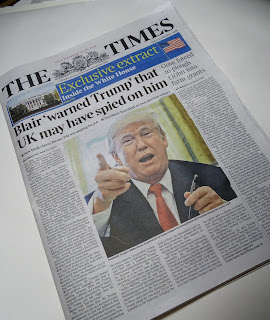 But what do we find in the middle of yesterday's edition?

We find an article about food trends in 2018. This includes reference to Bosh! by the journalist William Sitwell: "...vegans now come in pairs. There is the beardy, black-shirted, plant-munching duo Bosh! (expect a book). And the Irish brothers the Happy Pear (beards and mainly doing handstands), who come with an entire food range."

To illustrate the article there was a big picture of Ian (left) and his Bosh! mate Henry:- 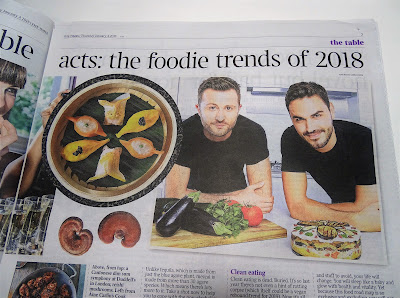