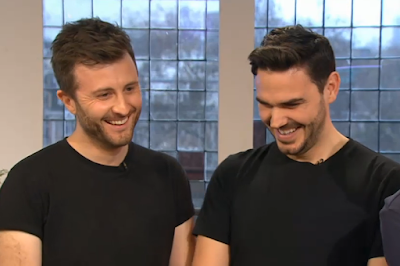 The pictures that illustrate this post were snipped from Channel 4's "Sunday Brunch". There's our beloved son hobnobbing with celebrity guests such as the comedian Ross Noble and actress Kara Tointon - both very well-known to British TV viewers. 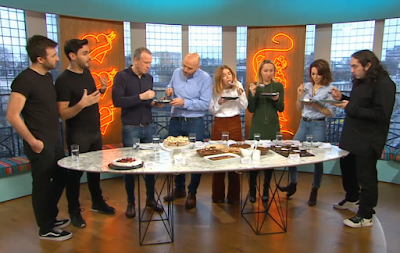 Ian and Henry had spent the previous day preparing a series of vegan desserts ready to transport to the Channel 4 studios early on Sunday morning. Apparently, one of the production team managed to knock their entire tray of cupcakes onto the floor minutes before the Bosh! boys went live. Even so their eight minute slot went well and there is every chance that they will be invited back to this programme later in the year. 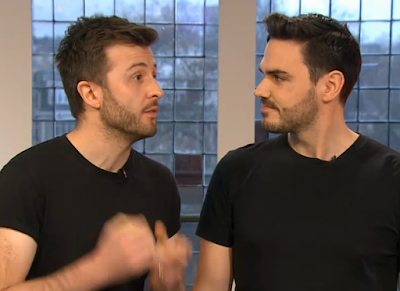 Now I guess it is just a question of time before tabloid newspaper reporters knock on our door, digging for dirt. I shall send them running for cover with the same curtness I apply to the endless fake telephone callers who interrupt my peace claiming to be representatives of "Talk Talk". Besides, there is no dirt to dig on our lovely son unless you include the time that I was changing his nappy.

I was distracted by a telephone call and came back to  his changing mat to find that he had stuffed his little paw into a tub of "Sudocrem" and was happily consuming it like Winnie the Pooh filling his face with marmalade. I wonder if "Sudocrem" is vegan-friendly?
- January 23, 2018