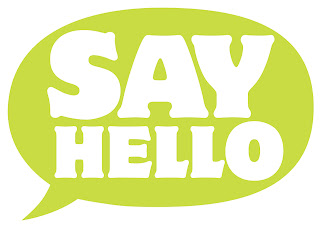 When walking along a busy city street, I never say "hello" to the strangers I pass. However, out in the countryside it's a different matter.

Frequently, I find myself plodding in splendid isolation along little trodden paths but then occasionally other ramblers will appear in view, heading towards me.  When this happens, I always try to make eye contact before smiling and saying "hello".

I would estimate that 70% of the people I greet in this way respond in kind with a cheery "Good day", "How do you do" or "Hello". Sometimes we might even stop and chat for a while before carrying on. I have met several interesting people in that way.

But three out of ten people I pass by say nothing. They blank me entirely making me feel like The Invisible Man or a leper who has just escaped from his colony. When this happens I will often say, "Well don't say hello then!" when they are level with me and once when I was in a foul mood, I confess that I added, "You ignorant sod!"

Having contemplated this matter on several occasions, I have compiled a mixture of conclusions about why some walkers refuse to return friendly greetings. Firstly, they might be extremely arrogant or toffee-nosed. Secondly, they might be very shy or bashful. Thirdly, they might be wary of six foot strangers - fearing assault or worse still - personal interaction that could lead to some sort of undesired social  tangle. Fourthly, they might be listening to music through earphones hidden by hair or woolly hats.

When I see someone approaching I have no idea what their personal story is. They could be feeling suicidal. Maybe a family member has just died. Perhaps they are suffering in other unimagined ways. That's one of the reasons I choose to smile and say "hello". My greeting proves that they have been noticed and that we are fellow members of the human race. But it should work the other way too. When they see me coming they don't know what my story is either.

Saying "hello" is a gesture that shows humanity and a belief in our togetherness as we sail through space. We are all travellers making our way along the paths of life, experiencing ups and downs. Surely, the least we can say is "hello".
- January 04, 2019