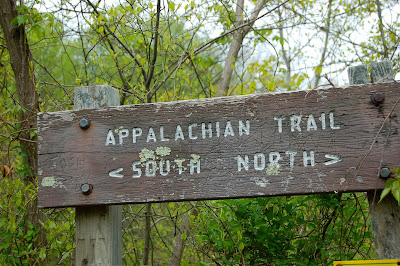 Driving over to Hull earlier this month, I was accompanied by Stew - my daughter's fiancée. Being Sheffield born and bred, he supports Sheffield Wednesday - one of this city's Championship football teams

As we were motoring along, I found myself sharing a couple of stories with him about past adventures. Then he chipped in with a story of his own.

Three years ago he enjoyed a big road trip in the USA with a couple of his cousins. They found themselves in the Appalachian Mountains and though they didn't have time to tramp the 2200 mile Appalachian Trail, on one fine day they did have time to undertake a nice circular walk following a recommended national park route. Stew recalled that it should have been a relatively easy walk of some nine miles.

Stew spotted a big brown snake lying across the trail, blocking their way. He got a big branch and was able to manoeuvre the serpent into the adjacent undergrowth. He had learnt quite a bit about handling snakes while working in Australia.

It was a hot day and their water had run out but at least they were finally certain that they were closing in on the car park where their hire vehicle was parked. Then they spotted two black bears. Oh no!

It was at this point in Stew's narration that I interrupted, asking, "What state were you in?"

"Oh we were distressed, thirsty and tired," he said.

"No. What state were you in? Was it Tennessee? Perhaps Maryland? West Virginia?"

We had a good laugh about that misunderstanding. It turns out that they were probably in Virginia.