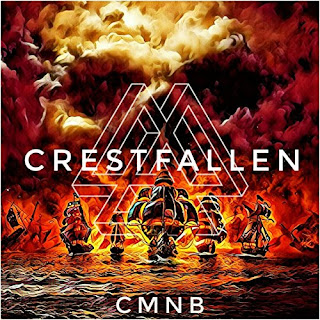 Just the other day, I was listening to a radio interview. The interviewee was recounting a personal story. It doesn't really matter what the story was about. What I noticed was his use of a particular word that I have hardly ever used. That word was "crestfallen". He used it three times in relatively quick succession. It's clearly one of his pet words. I think we all have them.

"Crestfallen" is an excellent word. It suggests how in life we might be riding along on the crest of a wave and then all of a sudden we're thrown off it. We are "crestfallen". Next time this happens to me I will be telling everybody that I am "crestfallen".

I often visit a very helpful word website called simply Thesaurus.com . It's especially useful when exploring synonyms. However, recently it threw up a word that I had never heard of before. That word was "petrichor". Do you  know it? "Petrichor" means - a pleasant smell that frequently accompanies the first rain after a long period of warm, dry weather. 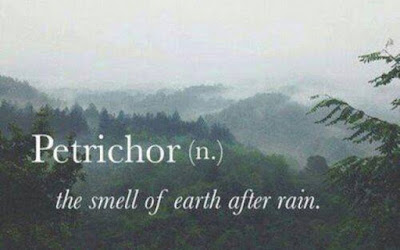 Like me, you will have experienced it - a sweet and slightly metallic odour that only arrives when rain has at last fallen to quench the earth. "Petrichor" was coined as recently as 1964 by two Australian researchers who were investigating the phenomenon. It has always been one of my favourite smells - along with a newly tarred road and the aroma of freshly baked Yorkshire puddings lifted from a hot oven.

Next time rain falls after a long dry spell of a weather I will stick my head out of the door and fill my lungs with the petrichoral air before shouting to Mrs Pudding - "Come and breathe in the petrichor honey!"

Crestfallen, that spurned lover stepped out into a newly dampened summer's morning  which was fragrant with petrichor.

Are there any great words that you have noted recently?
- January 05, 2019