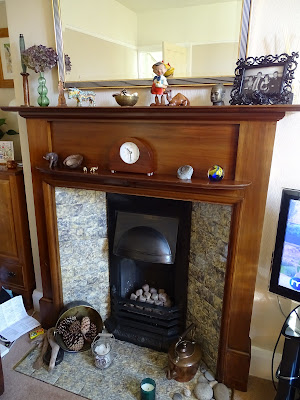 At one extreme there are people who live in uncluttered, minimalist environments. At the other extreme there are hoarders who never throw anything away and live in chaotic, jumbled circumstances. Most of us exist between those extremes.

Those who champion tidiness and have expunged "unnecessary" things from their homes will often attempt to claim the higher ground - as if to say that the minimalist way is the best way. And those who live with clutter will occasionally chastise themselves as though apologising for their muddled  and somewhat disorganised lives.

For must of us achieving a state of happy equilibrium in our homes is a constant battle. We are always putting things away, tidying up, making decisions about keeping or jettisoning things. A lot of it is deeply psychological.

Those whose lives and homes have a fastidious, spartan quality may be seeking to ditch what is past - preferring to demonstrate that they are focused on the future. Conversely, those who surround themselves with clutter may be seeking to hang on to what is gone - looking back for comfort  and understanding rather than forging forward and embracing the future.

I just snapped a couple of pictures in my own residence. We have two mantelpieces downstairs and both are adorned with things. Every item means something to us. They conjure up memories of past times, past people, past travels or discoveries. But perhaps a minimalist visitor might simply view all of this stuff as clutter to be expunged from our home environment.

We never planned that the mantelpieces would evolve like this. It just happened. I have the feeling that very often the home environments we create speak outwardly about our inner selves. 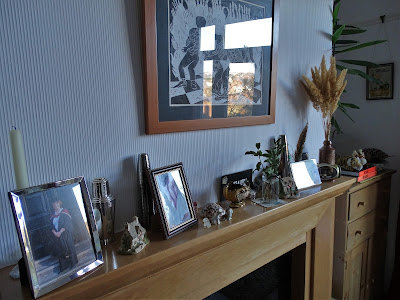