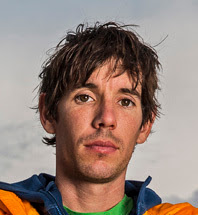 This is Alex Honnold. He was born in 1985 and he is the only person who has ever free-climbed El Capitan in California's Yosemite National Park. Free-climbing means climbing without ropes or other safety devices. El Capitan is a massive wall of granite that rises some 3000 feet from the valley below. It is truly awesome.

Honnold's successful ascent of El Capitan happened on June 3rd 2017 and this breathtaking feat is tracked in a feature film called "Free Solo". I watched it on Friday afternoon.

At one point in this documentary film, Honnold's mother says that her late husband might well have been suffering from Asperger's syndrome all of his life though this was never diagnosed.

It seemed to me that in his single-mindedness, his disregard for his own safety and in his burning ambition to beat El Capitan, Alex Honnold may have inherited elements of his father's condition. He clearly found the business of nurturing warm human relationships very difficult.

If you will please excuse the pun, I found this film gripping. Honnold's incredibly testing ascent was filmed by climbing enthusiasts who Honnold knows well. They vividly captured his daredevil bravery as he pushed himself to the limits of his rock climbing ability and scorned the prospect of death.

Not for Alex Honnold the safety of home and the quest for a long comfortable life. He was out there on the rock, his chalked fingers stretching for unlikely handholds, He was really alive, reaching for something beyond himself, being true to himself.

It was a helluva watch. 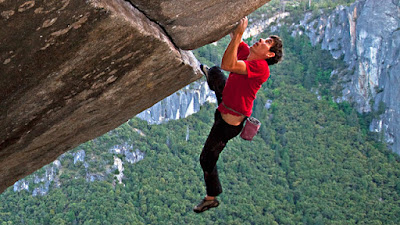