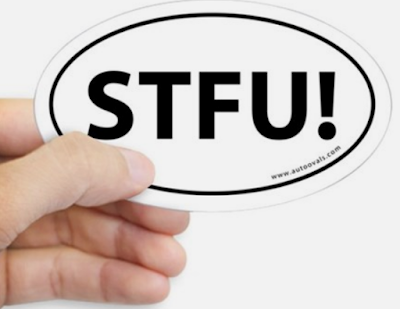 When I took the train from Sheffield to Saxilby in Lincolnshire, I figured I would have some good , peaceful reading time both there and back. The journey takes around seventy five minutes - plenty of time to devour a good few pages.

On the way there there were two middle aged women in my carriage. Stupidly, they had got on the wrong train. They were rough, ill-educated women with loppy hair and bad manners. They kept swearing in an unladylike manner and wanted to blame somebody for their mistake. They circled their self-made problem from various angles, often repeating themselves. They spoke loudly and twice used their mobile phones to complain to family members about what had happened. Why the hell they didn't get off the train at the very next stop I have no idea.

Their presence on the train prevented me from reading.

In a fantasy scenario that I hatched secretly in my brain, I stood up, went over to these two unpleasant women, and yelled, "SHUT THE **** UP OR I WILL CHUCK YOU OFF THE TRAIN!"  They quaked with surprise and fear and were completely silent for the rest of the journey.

On the way back to Sheffield there was a thirty something woman on the train just behind me. She was accompanied by her two little girls aged five and seven. The girls were talking and behaving in an entirely normal girlish manner but the mother - oh, the mother! Quelle horreur! - as the French might say.

Her loud talk was all about discipline, disapproval and admonishment. Nothing those two poor girls could say or do attracted any kind of approval, laughter or delight. I felt so sorry for them and rather sorry for myself as again there was no chance of concentrating on my book.

In my fantasy response, I stood up and bent over the woman, saying quietly, "This is no way to speak to children my dear! Do you love them? If so, you must show them your love in the way that you talk to them. Stop criticising everything they say and do! I have been subjected to your horrible whining voice for the last hour so I just have one more thing to say to you -  SHUT THE **** UP!"
- February 18, 2019