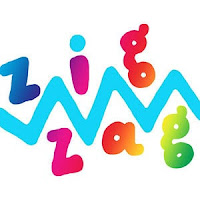 Remember the story of The Prodigal Son? He was lost but later was found again.

At 4.35pm yesterday afternoon I was sitting on a yellow saltbox at the very end of a station platform. The station in question was at Langley Mill in Derbyshire. I was sitting on the saltbox because at this unmanned station there are no benches. Not one.

I was the only traveller waiting for the 16.38 train to Sheffield having just undertaken an invigorating  twelve mile walk. I looked down the track and saw my train approaching - a couple of minutes earlier than expected. I gathered up my things, stuffing them into my rucksack before hurrying along the platform to board the two carriage local train.

The whistle went and the train pulled away from Langley Mill as I flopped into a vacant seat ready to read another chapter of "The Tattooist of Auschwitz" by Heather Morris.

It was only as we approached Chesterfield that I discovered I had left my camera on the yellow saltbox at Langley Mill. Oh no! I berated myself for my stupidity. I thought of all the pictures I had taken during the day and started to anticipate the costly purchase of a replacement camera. What a fool! Oh woe is me!

I crossed the threshold of our house at 6pm, having already decided to immediately drive back to Langley Mill. I expected that the camera would have disappeared by the time I got there but at least I could tape a plea for its return to the saltbox.

Just after seven o'clock I plodded back up the ramp to the west platform of Langley Mill Station and again walked to the very end of it. And there - oh glory of glories - sitting on top of the saltbox for all the world to see was my beloved Sony bridge camera! Joy to the world! A grin spread across my puddingish face and if I knew how to dance a jig I would have performed one there and then.

My camera was lost but is found again!  I got back to our house at eight o'clock and shared the good news with my long-suffering spouse who had kindly prepared me a vegan evening meal with slices of pork loin on the side. As you can imagine, it was a day of mixed emotions.
- February 22, 2019