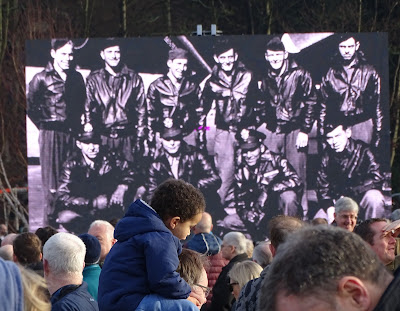 Yesterday morning, thousands gathered in our local park to remember ten young American men who died there on February 22nd 1944. They were the crew of the "Mi Amigo" flying fortress. Tragically, it crash landed in our park following an aborted bombing mission to Denmark. I blogged about it back in November 2015. Go here. 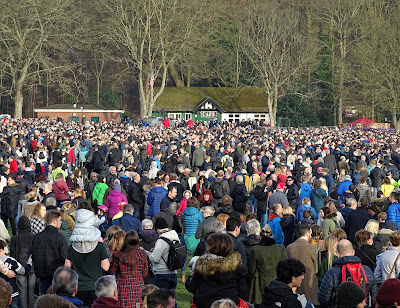 That day an eight year old boy was playing football in the park with his friends. He was called Tony Foulds and he never forgot what he witnessed that fateful  day.

Ever since a memorial was established at the crash site, Tony has tended it. For decades his quiet weekly acts of remembrance and care continued without fanfare or acknowledgement. Then one day, by chance, he met a BBC journalist who was walking his dog in the park.
They got talking and the rest, as they say, is history. Yesterday morning an estimated ten thousand Sheffielders gathered in the park to witness a memorial fly-past arranged by the American Airforce in conjunction with the The Royal Air Force. And Tony Foulds appeared on a giant TV screen - a humble and unlikely hero. He wiped away his tears for his dream had come true - a fly past on the 75th anniversary of the tragedy.. As he said, "It's not about me". 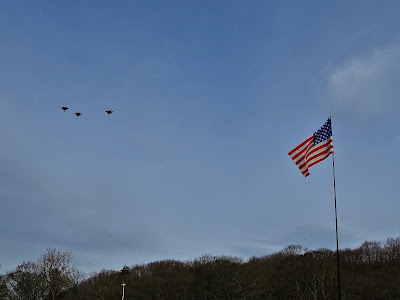