On the occasion of our thirty eighth wedding anniversary last October, I bought Shirley an amaryllis bulb rather than a bunch of flowers. It came in a box with its own plant pot and a bag of nutritious compost.

A month later she followed instructions and the bulb was placed on our fireplace tiles. We waited and waited. After three weeks, the bulb began to stir. Little green fingers emerged from the head of the bulb and gradually they grew towards the ceiling.
Christmas came and went then New Year and a flower spear emerged amidst the greenery. When would the flower heads promised on the box appear? We waited some more. Finally this very morning I came downstairs to discover that two of the flowers had opened complete with stamens crowded with yellow pollen.


The magical process has reached its crescendo as a secondary flower spear is still making its way towards the ceiling. I am sure that many of you out there in the blogosphere will have also witnessed in wonder the astonishing growth of amaryllis plants.
The name Amaryllis is taken from a shepherdess in the Roman poet Virgil's pastoral "Eclogues" and all amaryllis plants originated in the Western Cape region of South Africa. 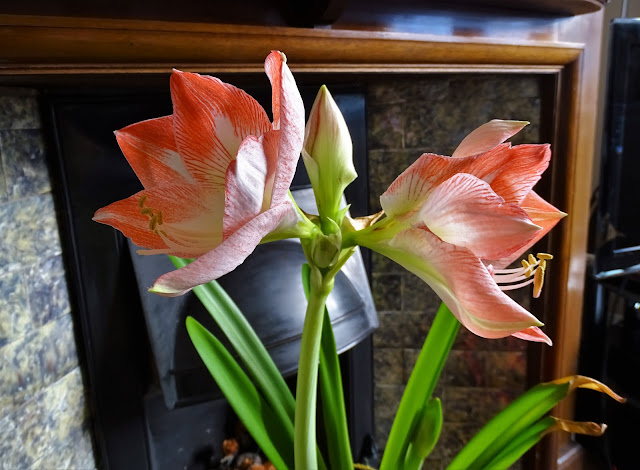 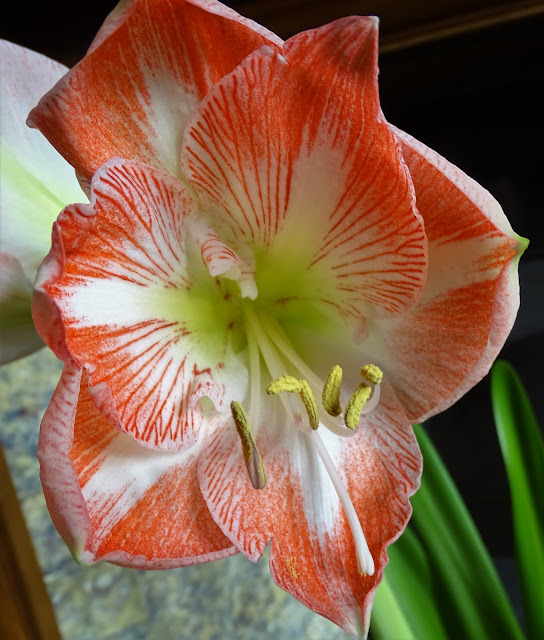