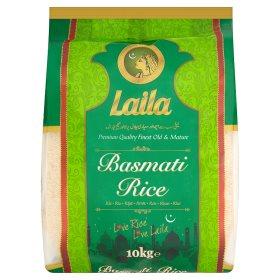 What can I tell you?

Tonight I made a chicken curry from scratch with aubergine chunks (American: egg plant), red onion, red pepper, mushrooms and coconut cream. To accompany this we had rice and peshwari nan. Nowadays I rarely cook any other kind of rice apart from basmati and I have learnt how to cook it simply so that the grains are swollen but nicely separate too. It is the best kind of rice and worth paying a little more for it.

Also on the food front, I listened to BBC Radio 5 Live this afternoon - and who should be on there being interviewed by Colin Paterson but our son Ian. The Bosh! Boys were on for forty five minutes - promoting their new recipe book - "Healthy Vegan" and talking about their TV show which begins on January 12th. Over here in England there is a "thing" called "Veganuary" in which people are encouraged to go vegan for the month of January. The BBC clearly thought this would be an opportune time to bring Ian and Henry back into the studio as they have become the country's most prominent vegan cooks.

Ian was relaxed and fluent as he dealt with the questions - some of them being phoned in live by listeners. One guy said he didn't like being preached at about what food he should eat but of course Ian and Henry have never been preachy - they are just putting delicious vegan dishes out there at a time when more and more people and environmentalists are questioning the presence of meat and dairy products in their diets.

Somebody else questioned the fact that they have both recently been on aeroplanes to distant places - Ian to Thailand and Henry to Bali. But why they should have to defend themselves about this? I just don't understand. They are making vegan dishes - not pretending that their mission is to save the world. That would be ridiculous even though most of us are reconsidering our use of the planet's finite resources. Perhaps I should ditch basmati rice which mostly arrives in Britain's supermarkets from The Indian Sub-Continent but hell - I am not going to do that.