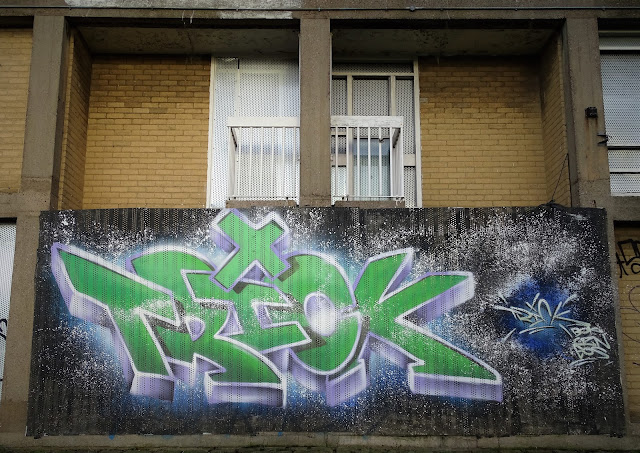 The past week was not a good one for the taking of photographs. Of course I am very aware that it is possible to take great pictures under leaden skies or when winds are blowing and there are rain showers but I prefer to take my photo walks in sunshine. In that respect, the best day of the week was Wednesday but of course I was working at the Oxfam shop that day.  So it goes. 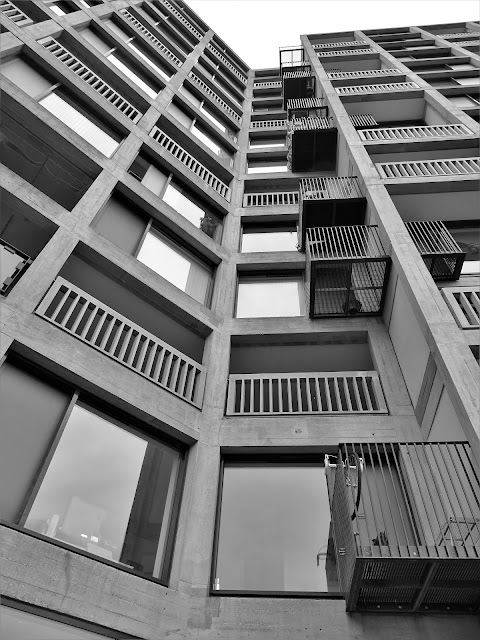 Yesterday afternoon I drove up to Park Hill just east of the city centre. It was here between 1958 and 1962 that the city council sponsored a huge social housing development known as Park Hill Flats. It was the biggest social housing project in western Europe and it gave slum dwellers a chance to enjoy modern comforts in their brand new concrete city in the sky. 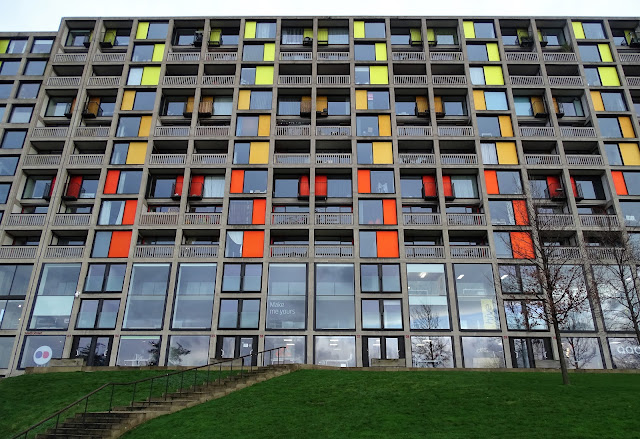 Park Hill Flats is a listed collection of buildings that enjoys Grade II* status. It is the biggest listed "building" in Europe Back in the 1980's there had been a real chance that Park Hill Flats would be pulled down but the listed status gave the complex a fresh lease of life. In the last ten years there has been an ambitious and ongoing refurbishment project overseen by an organisation called Urban Splash.

The housing complex enjoys westward views over the city centre to the moors beyond. 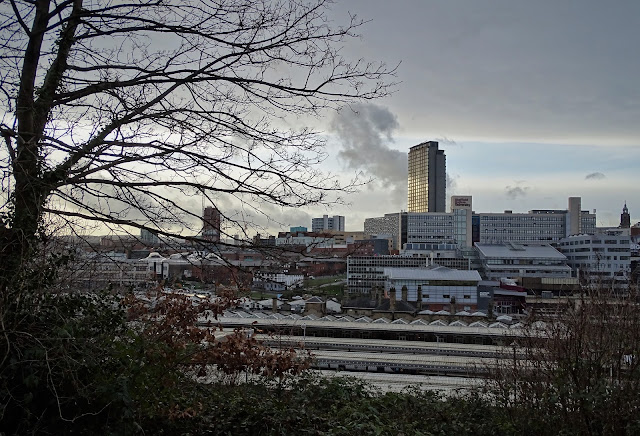