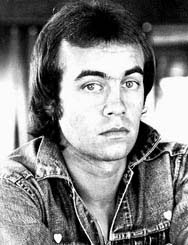 It's funny how the internet can take you along unexpected diversions. I guess that this is what has sometimes been described as net surfing.

Anyway, yesterday I found myself digging into the life of Elton John's lyricist - Bernie Taupin. Nowadays, at the age of 69,  he lives in California with his tall American wife and their two young daughters - but he was born and grew up in Lincolnshire, England.

I discovered that his father took over a rundown farm in the village of Owmby-by Spital, ten miles north of the city of Lincoln,  and that is where young Bernie spent his formative years. It sounds like he was a bit of layabout at school - a lazy boy who was rather lost. I imagine he spent a lot of time listening to pop music on the radio in his little bedroom in the modest bungalow his father built close to the farm on Church Lane.

Young Taupin mooched around, went to village dances and discos and often ended up playing pool in "The Aston Arms" in Market Rasen which is where his old secondary school is located. His life seemed to be going nowhere until he answered an ad in "The New Musical Express". The ad was seeking songwriters.

Elton John who was then just plain Reginald Dwight responded to the same ad and then some time in 1967 the pair of them met up in London. I believe their first dual composition was a song called "Scarecrow".

It is said that Bernie wrote the words and Elton then wrote the music that made the words come alive. It was a strange kind of alchemy. Neither of them have been particularly forthcoming about the process but obviously it worked brilliantly for fifty years. Bernie shunned the limelight as Elton gloried in it.

Back in April 2015 I parked my car in Owmby-by-Spital and walked along Church Lane, totally unware that this was where Bernie Taupin grew up. Amongst very many song lyrics, he wrote this:-
And you can tell everybody this is your song
It may be quite simple but now that it's done
I hope you don't mind
I hope you don't mind
That I put down in words
How wonderful life is while you're in the world
- January 14, 2020