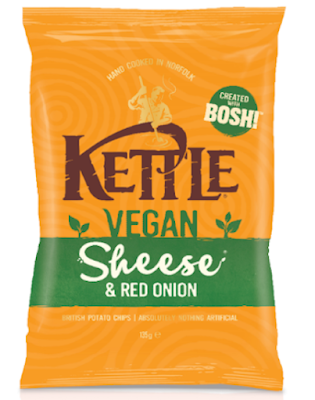 Isn't that all amazing? I remind myself that some of you have been following Ian's vegan journey with me for a long while. Thanks to Lee, Meike, Steve, Kylie. Mary, Bonnie, Red and anyone else who has sent positive vibes in his direction. Lord knows why "Vegan News"(see above)  chose to mis-spell the word "flavour" - opting for the American spelling instead. It's outrageous! Oh, I see they used "chip" in place of "crisp" too!

British readers may wish to note that "Living On The Veg" starts this coming Sunday at 10.30am on ITV 1.

On an entirely different note, I wish to share the news that we were given a donkey at Christmas. Well to be more accurate, my brother in France paid an adoption fee so that we are now the proud foster parents of a donkey called  Harbin . He resides at the Leeds Donkey Sanctuary and was found abandoned by a road in Ireland. We received the picture of Harbin yesterday morning and some time in the months ahead we will visit our new four-legged son with a bag of carrots. 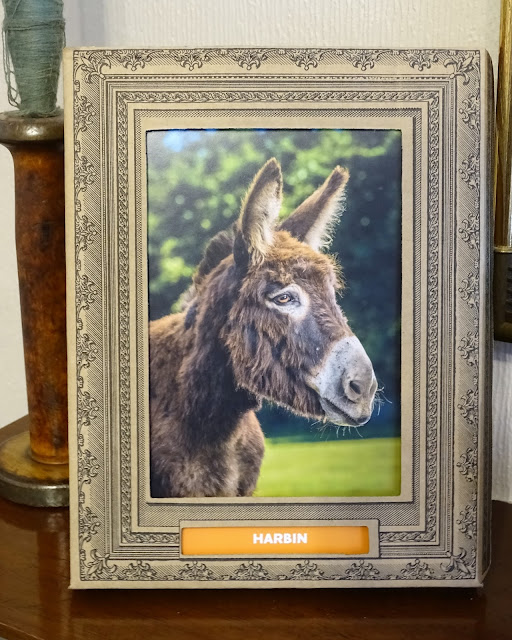 On another different note, on the grey Sunday just gone I told Shirley that I was heading for a short country ramble  above The Vale of Edale. Surprisingly she decided to come with me and we walked up to Back Tor on The Great Ridge that links Mam Tor with Lose Hill. It is a very popular area for walkers and yet on a blustery day that seemed to threaten rain it was amazing how many other people were out and about burning off Christmas calories. Thankfully the rain held off. Here's Shirley on Back Tor above The Vale of Edale:- 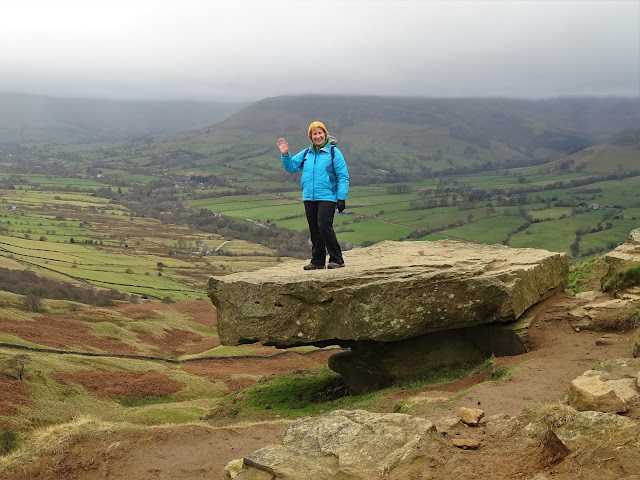