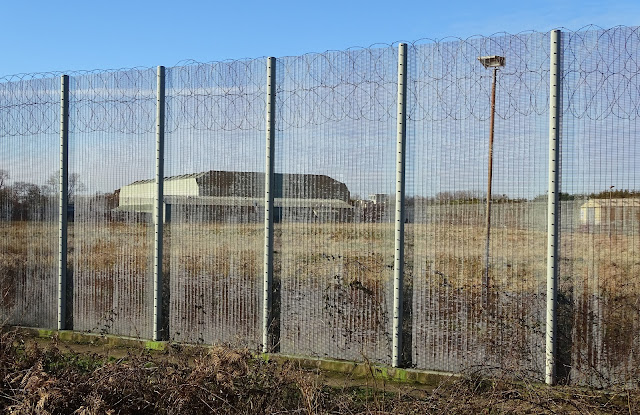 Yesterday, as high pressure settled over the British Isles, I walked in bright sunshine over flat land east of Doncaster. Having parked Clint in the village of Hatfield Woodhouse, I set off south along a frosty lane that eventually passes the sprawling site of a former World War II air base - RAF Lindholme.

To the south of this there is now a prison - HMP Lindholme which accommodates over a thousand male inmates serving sentences of four years or more. There must be some very bad guys in there.

Now I don't think about prisons very often. After all I have never even  been in one. To me they are rather mysterious institutions that I occasionally read about and sometimes they figure in hard-hitting TV documentaries. I don't move in the kind of circles where imprisonment figures though I guess that some blog visitors may have been locked up in the past.

In Britain, there are currently 83,618 people in our prisons. Men are 22 times more likely to be imprisoned than women. Currently, it costs around £40,000 a year (US $52,000) to incarcerate one prisoner and this does not include prison building costs nor educational and recreational activities. It seems bizarre to me that that money is not instead directed to improving people's life chances to effectively keep them out of prison.

In the USA, the size of the prison population is enormous. Currently 2.3 million people are locked up in 1,719 state prisons, 109 federal prisons, 1,772 juvenile correctional facilities, 3,163 local jails, and 80 Indian Country jails as well as in military prisons, immigration detention facilities, civil commitment centres and state psychiatric hospitals. It is an enormous industry costing mind-boggling sums of money. Estimates vary but some reputable studies suggest that the annual cost is around $182 billion.

I wonder what the thousand inmates in HMP Lindholme were doing as I strolled by the high fence that surrounds them. Perhaps they were playing chess or table tennis. Maybe they were reading The Complete Works of Charles Dickens or simply gossiping about safe cracking and other jolly subjects like murder and fraud. Some of them may have been blogging if indeed prisoners are allowed to blog....
_______________________________________________
DOING PORRIDGE
Life at HMP Lindholme
Sunday January 19th
Porridge for breakfast again. I finally finished "Hard Times" and I am now looking forward to "David Copperfield" which we will be discussing at the F Wing book club next month. Looking through the barred window of my cell this morning I noticed that the weather outside was nice and sunny. I saw a fellow in a blue fleece with khaki walking trousers marching by the perimeter fence. He waved at me and I waved back. I wondered where he was going and what it is like to be free. I have been in here so long that I have almost forgotten. How I wish I had not bludgeoned that old shopkeeper to death. Forgive me Lord. 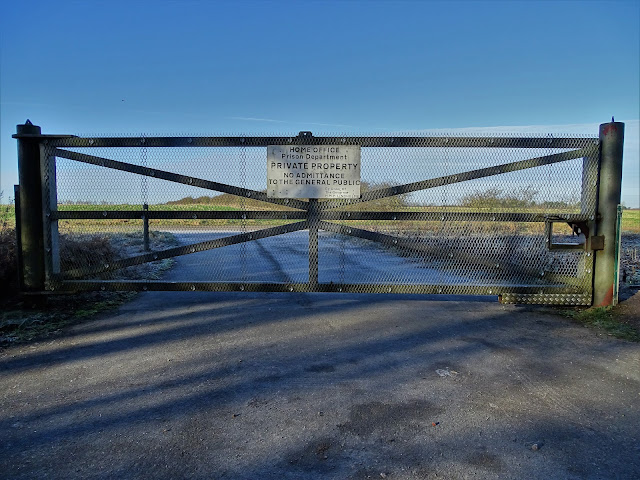