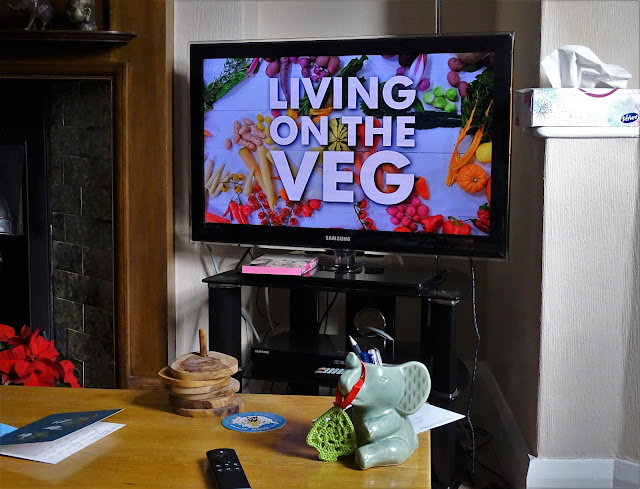 How bizarre and how wonderful to see your only son on television - not just in a short news interview - but in his own one hour cooking show on ITV1. "Living on the Veg" was screened for the first time this morning and Ian and his Bosh! companion Henry came across as broadcasting naturals.

There was no preaching about veganism or explaining why there's no meat, dairy or eggs in their recipes. They just got on and did it - making delicious food. There was a guest on board for a short section - Sadie Frost - an English actress, producer and fashion designer who has hob-nobbed with the great and good and was once married - though not at the same time -  to both Gary Kemp of Spandau Ballet and the film actor Jude Law.

Sadie Frost seemed to belong to a different age but Ian and Henry seemed very much to be of this century - unlike most TV chefs. They were happy together, high fiving and having fun - delighting in their results. It was a great advertisement for vegan cookery and of course "Living on the Veg" is the very first exclusively vegan cooking programme on British TV. I am sure you will concede that that's some achievement. There are nine more programmes to come in the series. 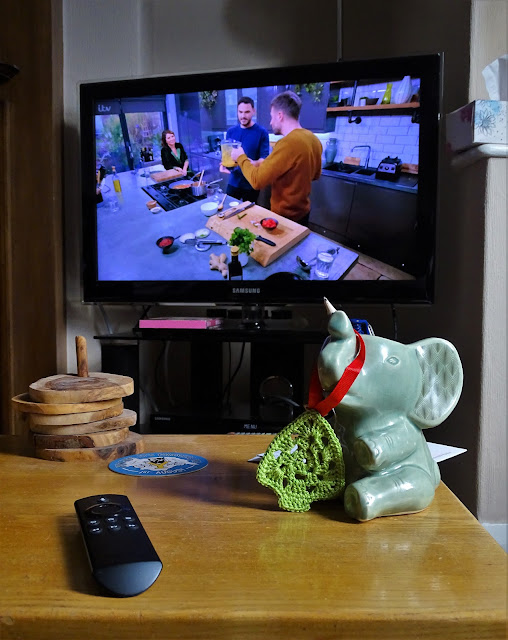 When I was walking east of Worksop on Friday, I photographed this tympanum above the south door of  Scofton Church:- 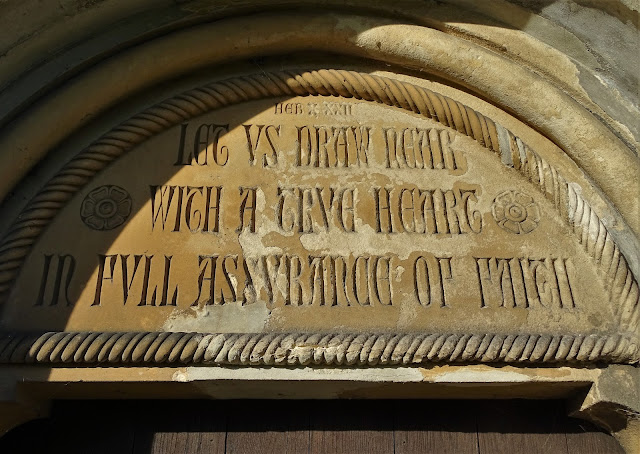 LET US DRAW NEAR
WITH A TRUE HEART
IN FULL ASSURANCE OF FAITH
It is from The Book of Hebrews in The Old Testament. It occurred to me that each line might be the title of a novel - perhaps a trilogy. "Let Us Draw Near" would be about the early days or years of a relationship. "With a True Heart" would be about the middle years and the consolidation of happiness but "In Full Assurance of Faith" would witness the dark shadows of death as the cycle of life neared its end...

* * * * *
"Remember Ronnie - back then when we first set out. You said you adored me. That you'd never leave."
"It was under the wisteria by the old barn. I remember it Belle. As if it was yesterday."
Outside over the brooding moors that had been the backdrop to every move they had ever made, every song they had ever sung - a wolf moon slipped behind a platinum veil of drifting gossamer clouds. And somewhere down in the village a farm dog yapped repeatedly in full assurance of faith.