Your intrepid explorer, Captain Hercules Pudding has been out and about again braving the dangers of modern day exploration just to bring you this post. "What dangers?" I hear you chortle. How about two rabid Staffordshire bull terriers sprinting from  remote White Lodge Farm or a Heavy Goods Vehicle with driver on a mobile phone swishing past you so close that your shoulder polishes the wheel arches? Oh yes - my friends - a simple country ramble is fraught with hazards.

Yesterday (Monday) I parked in the tiny north Derbyshire village of Hundall, just next to this attractive stone cottage:- 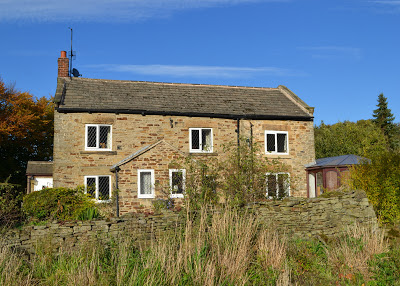 A mile across the fields and I was in the hamlet of West Handley where I "bagged" this lovely thatched farmhouse  at Ash Lane Farm:- 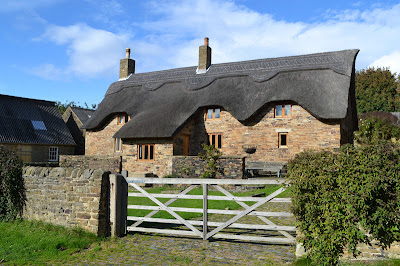 With a detour to Marsh Lane, I finally arrived in Middle Handley where I snapped this eye-catching pub - yet another Derbyshire inn that's  called "The Devonshire Arms":- 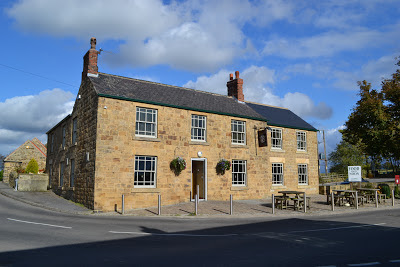 This is Southgate Lodge to the east of Middle Handley. It commands magnificent views:- 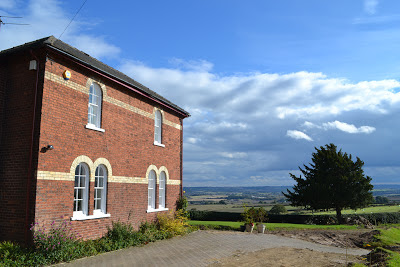 And then I came to the grim post-industrial village of Barrow Hill with its rows of former pit cottages. You can still make out the shape of the old slag heap and trace disused railways tracks. Life must have been so hard for the community that lived and worked here and even today I noticed that very few houses had cars parked outside them. On cue the sky became iron grey and drizzle began to fall. I snapped this picture of Barrow Hill Methodist Church built in 1872. Superficially, it could easily be confused with a shed for pit ponies or engine parts:- 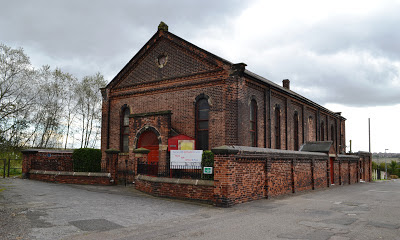 Onwards to New Whittington our brave Hercules progressed. Now that Barrow Hill was behind us the sun came out again and I snapped this picture of Highland Road with it's modern "ticky tacky" cloned houses cramped together like fish in a shoal. Behind them, the shape of another former slag heap rolls like a mammoth whale:- 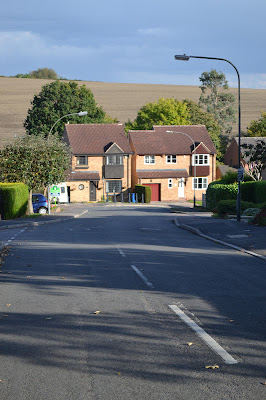 Back at Hundall, I decided to pop into "The Miners Arms" for a pint of Tetley's elixir of life and a bag of salt and vinegar crisps. It was only four in the afternoon but inside there were sixteen people from the local community - chatting, drinking, reading newspapers, doing crosswords, ignoring "Deal or No Deal" on the TV. I played them sea shanties on my concertina and we roasted a suckling pig in the beer garden. (I made the last bit up!):- 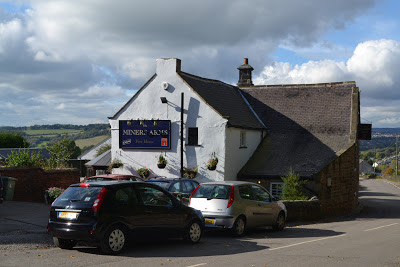