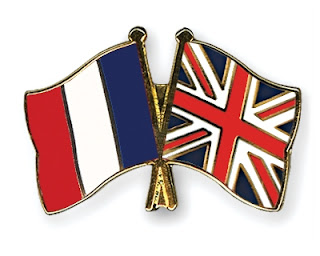 My last little post bemoaned the passing of Sylvie Kristel. It reminded me of another Sylvie I once knew and I'd like to tell you the story...


In the early summer of 1972, I had to spend a week at Southlands College in Wimbledon, London - learning how to teach before jetting off to be a V.S.O. volunteer teacher in the Fiji Islands. At Southlands, we had small classes of international guinea pig students upon whom we could test out our little lesson plans. One of these students was a young French woman called Sylvie from Paris. On a couple of evenings, she was in the college group that descended on a local pub to drink and chat. She asked if she could write to me while I was away and I agreed. She could be my French penfriend.


I hadn't touched her, kissed her or shown any love interest. She was just a French girl who wanted to write to me. As far as I was concerned, that was all. Besides, I already had a girlfriend back in Yorkshire. After a couple of months in my island paradise an aerogramme letter arived from France. It was from Sylvie. She was asking me how I was doing and I replied - all very polite and matter-of-fact.

A couple of months after that,  she wrote back. Again the communication was just about the factual details of her life in France so again I told her about Fiji - the wild pigs and snorkelling out beyond the reef and the tradfitional dancing and drinking muddy "grog" with the old guys from my village.

In late August 1973 I returned from Fiji. This was in an era when young people didn't travel abroad as they do now. My experience was quite novel. My parents met me at Heathrow Airport and we travelled back to the heartland - to my beloved Yorkshire.


Two days later, there was a knocking at our door. My father told me that there were two French girls outside and they had come to see  me. It was Sylvie and her friend, Chantelle. I was flabbergasted. They had reserved a room in our village's "New Inn". That evening, Sylvie told me she loved me. I was horrified. "But I don't love you!" and "What are you doing here?" and  "The letters meant nothing - just chitchat!" were just a few of the remarks I made.

The two girls hung about in my East Yorkshire village. Then a  few days later my father drove me up to Scotland where I was to begin my university studies in Stirling. Two days after that - guess what - Sylvie arrived in Scotland! For two weeks, she stalked me. By now I was almost yelling at her. "Get lost! I am just not interested in you! Please go away!" I recall a particular lecture - "An Introduction to Shakespeare". I was scribbling down notes in my A4 pad while behind me sat Sylvie, staring at me for the full hour like a puppy dog waiting for its master to offer a biscuit. "GO AWAY!"

Finally, I thought I had got her to understand. There were tears of realisation and she agreed to return to Paris. "Just one kiss! Please!" she pleaded but I wouldn't even giver her that. "No, I don't want you Sylvie! Just leave! You'll find somebody else who really wants you but that isn't me!"

The relief I experienced after she had gone was palpable. No longer would I find her sitting cross-legged outside the door of my hall of residence study bedroom. No longer would she be hovering around as I tried to converse with new acquaintances, no longer would I have to suffer this weird French stalker.

A month later she was back. And more insistent than before. She got into the kitchen area  at the end of my corridor and made me meals - including prime rump steaks seasoned with salt and pepper and parsley. The way to a man's heart may truly be through his stomach but it was with reluctance that I sank my gnashers into that lovely meat. She brought me a copy of "Germinal" by Emile Zola with a hessian cover that she had embroidered herself. She was there. There all the time and there was nothing I could do to drive her away.

One night I had been at "The Allengrange" - the student pub, getting sloshed and when I got back to my room at two in the morning - who should be there again but Sylvie. She barged her way in  and proceeded to undress. "I want you! I'm going to sleep with you! I love you!" she announced.

I guess I just flipped. I had had more than enough of all this and I was as drunk as a Tory MP after an equestrian event. She was stark naked when I forcibly bundled her back out into the corridor - throwing her clothes after her. Almost hysterically, I yelled at her that I hated her and wished I had never met her. I slammed and locked my door, trying to ignore her wailing and hammering and the next morning she was, miraculously, gone!

But not gone! She came back again the following April when I was at a low ebb and I felt like an animal that had become tired of the chase so finally I gave in and for a couple of weeks we played the parts of lovers but it was mechanical and meaningless and I think she finally realised that I could never love her with my heart. It just wasn't in me. So finally, finally, Sylvie went away for good and I never saw or heard from her again.

There are several other things I could say about Sylvie but in this brief account I think I have given you the gist of what occurred. Even today there are times when I wonder if she will come knocking again or when the phone rings and there's an empty void she will announce herself and I won't have to hear a voice from an Indian call centre - trying to squeeze money out of me.
- October 19, 2012