Rotten. That's how I have been feeling most of this week. Cough-cough-coughing and finding it hard to get much sleep. For the first time ever, I  moved out of the marital bedchamber and buried myself beneath the covers in our daughter's bedroom. It didn't seem fair to disturb Shirley's sleep any more. So there I have languished with my evil cough, a glass of water, the bathroom radio and a roll of toilet paper for the capture of certain chewable bodily fluids - emanating from the chest I hasten to add.

Today, I fought through the snow to attend the Friday morning "drop-in" clinic at our local medical centre. The doctor prescribed some amoxicillin to address what has probably become a chest infection. Even as I tap this keyboard my airways are whistling and growling like an old steam engine.

But I felt well enough to take a little stroll in the neighbourhood after visiting the doctor. Lord, how I would love to plod ten miles in the countryside but not yet - a mile round the area was a more sensible ambulatory excursion. I went up to Ecclesall Church to check out Ken and Doris's grave. I blogged about them here. 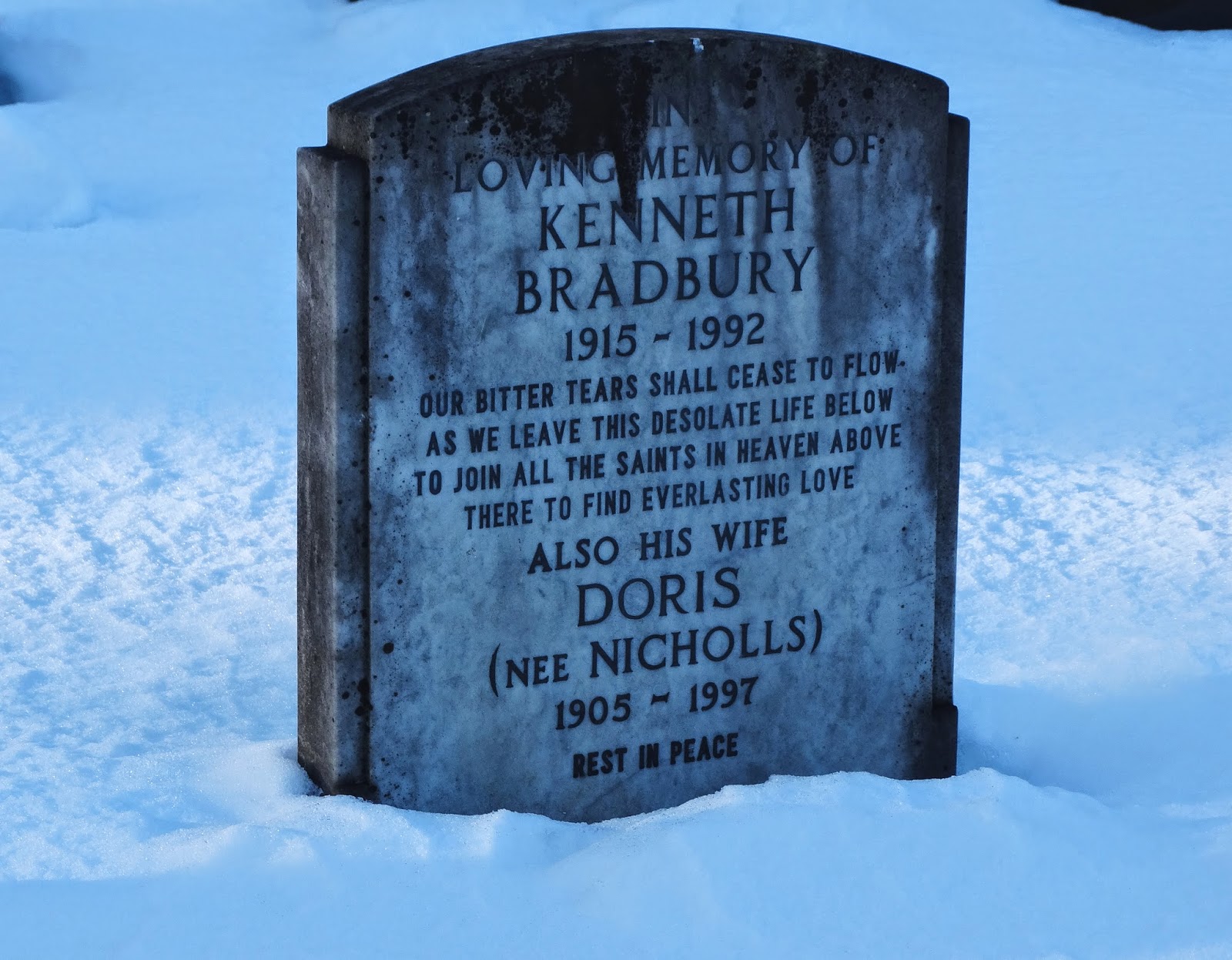 Time marches on. The gravestone reminded me that Ken died in 1992 and that Doris followed him five years later. When the stone was first erected in 1993, it was clean and freshly made. Now it is showing signs of age and behind it there are rows of  graves which weren't there before. I am sure that nobody else ever visits Ken and Doris's final resting place for their only living relatives are in Lower Hutt, New Zealand. Today they were nicely blanketed in snow.
I wandered home through the snowy streets to the dripping sound of gentle thawing. Earlier, at the local pharmacy, a massive avalanche of the white stuff crashed to the street from the building's roof. I was hoping that our Member of Parliament, Nicholas Clegg was buried underneath it but of course he is, as always, far from here. He has less integrity than politicians from the state of Georgia!

The short walk has done me good. Hopefully stepping in the right direction. Maybe one day soon I will feel properly healthy again - my normal self. Since August it has been a succession of things - bad knee, damaged ribs, long gout attack and now this damned chest infection. Oh, woe is me! Forgive me Lord for I know not what I do!
- January 30, 2015