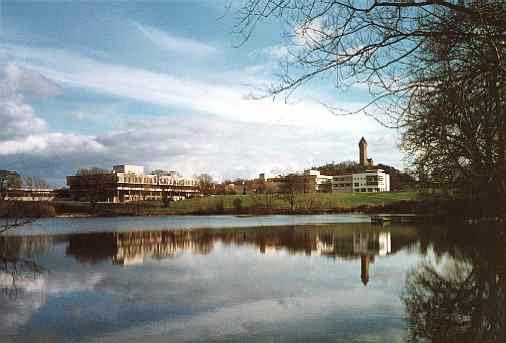 The University of Stirling is a campus university to the north east of the historic town of Stirling in Scotland.  Since 2002, Stirling has enjoyed city status. It sits in a strategically significant position by the River Forth, overlooked by the Ochil Hills and you could say that it has always been the true gateway to the Scottish Highlands.

Overlooking holiday times, I spent over four years there between September 1973 and December 1977. It was bit of an emotional rollercoaster but through it all I studied hard and when I look back I am proud of my academic achievements and doubt that I could have done much better.

My main subject was English Studies and by the end of September 1973 I had to submit my first academic assignment. It was linked to a fresher course entitled "An Introduction to English Poetry" and I believe the permitted limit was 1500 words. I grafted at that essay in a void, uncertain of my academic credentials. Deep inside I felt something of a fraud for at that time nobody in my family had ever been to university before. I was the first.

Dutifully and not a little anxiously, I posted the finished essay in the special wooden box by the English Studies offices. I knew that it was custom and practice for assignments to be submitted in this way and that a few days later, after marking and second marking had happened, the results would be posted up on the English Studies noticeboard. 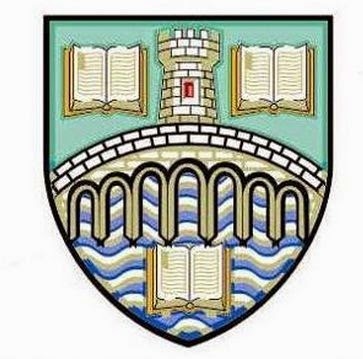 Perhaps on my umpteenth visit to the noticeboard, the results were posted. Pessimistically, I looked up the list from the very bottom and as my index finger rose through the E, D and C grades I was becoming puzzled. Where was my name? Had they somehow lost my essay in the office system? And then I spotted it. At the top of the pile - out of the 100+ students on the course there were just six students who had each been awarded a Grade A and I was one of them! It was such an uplifting moment for it gave me the reassurance that I really did belong at university and I really did have the intellectual capacity to succeed there.

Hell, it's forty years ago. Some of the memories that remain are of excessive drinking and of three particular women - Pat from Glasgow, Raganheidur from Iceland and Barbara from Minneapolis. And there were the teaching practices at Alva Academy and St Mungo's Academy in Alloa. And I also recall the student union meetings - for Stirling was very active in that regard and its left wing politics were often vehemently debated.

By default rather than design, I found myself chairing heated student meetings in  packed out lecture theatres. Proposers of motions were allowed precisely two minutes at the lectern and I recall saying firmly to one regular proposer, "No Mr Reid! You have to end there. Your time is up!". It was John Reid - who later became Britain's Home Secretary and now sits in the House of Lords as Baron Reid of Cardowan. So much for his socialist credentials!

Whereas some people cling to university friendships for the rest of their adult lives, for me it was never going to be that way. I moved on. Back to England and to my illustrious teaching career. Stirling is a long way in miles and in spirit from my Yorkshire heartland and the one time I did go back everything had changed - not the geography or the buildings but the cast of people who occupied the stage on which I once strutted  with Sean Hemphill and Andy Bryce, Nick Nicholls and Hughie Lynch, John Shabashow and Paul Palompo, Dick Mungin and Neville Scott, Andy Monkman and Mick Smith and Pat and Barbara and Ragan and all the others whose names evaporated years ago. Stirling - my alma mater.
- January 23, 2015