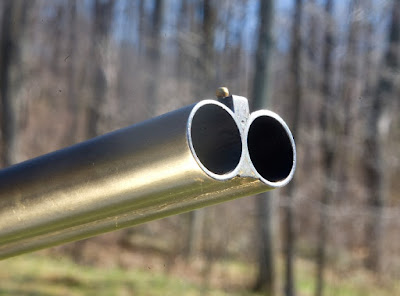 Here in England, it used to be the case that double barrelled surnames were the preserve of the rich landowning gentry. Pray rise for Sir Henry and Lady Margaret Ponsonby-Smythe! May I introduce Major Fortescue-McDonald and Sir William Cavendish-Pratt. Often the collision of surnames was connected with estates and noble family histories.

However, during my decades as a secondary school teacher I noticed a growing trend towards double-barrelled surnames in ordinary households.There were various reasons for this phenomenon. Sometimes it was to do with divorce. In other instances it was frequently to do with children being born out of wedlock. Hence Tyson Johnson-Smith was the son of a roofer called Graham Johnson and his mistress Shelley Smith who had two other children by different fathers - Chardonnay O'Reilly-Smith and Cameron Obafemi-Smith.

You can perhaps appreciate the basic reasoning behind these modern surname choices.

It's hard to get your head round this but multiple surnames no longer suggest privilege and land ownership. On the contrary, they often suggest dimness, shaky relationships and a lack of historical perspective or foresight. I often felt a little sorry for children from the local council estates who had to suffer double-barrelled last names so heaven  knows how teachers of the future will feel about eight-barrelled surnames. Perhaps some of the teachers will also bear them - Yes Miss Douglas-Raptor-Dalgleish-Hunter-Fitzpatrick-Martinez-Kruschev-Trump, I do know the answer to your question!
- February 12, 2017