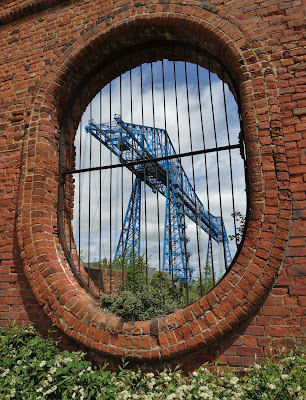 We went to Hartlepool last week. This meant crossing The River Tees in Middlesbrough. Rather than travelling on the A19 over a modern road bridge, I decided we would cross the river on the town's famous Transporter Bridge. It opened in 1911 and there are very few bridges like it anywhere in the world. It is certainly the only one of its kind in Great Britain. 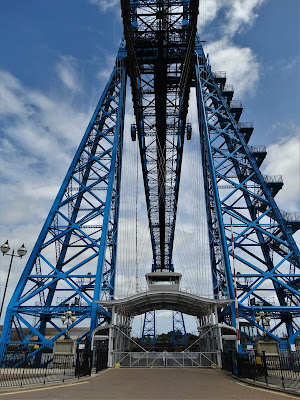 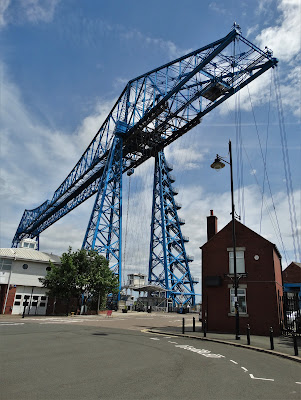 Essentially there's a very tall iron structure over the river. It was so high that any masted boat could easily pass under it. Slung from this structure was a gondola or cradle upon which a few vehicles at a time could be carried. The gondola was suspended on wires from a series of rollers that were designed to carry it to the opposite bank.

The bridge still works fine a hundred and six years after its construction. At 1pm last Friday "Clint" was the very first vehicle aboard. The ticket cost £1.30 and in less than five minutes we were on the other side. We had left NorthYorkshire and now we were in County Durham tootling northwards to Hartlepool, home of the monkey hangers.

On the way we passed the Brent Delta oil platform which spent forty years pumping oil from the bottom of The North Sea. Now it is being dismantled having reached the end of its serviceable life. 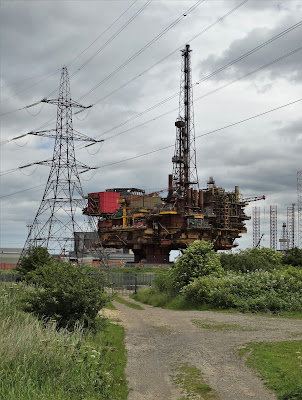