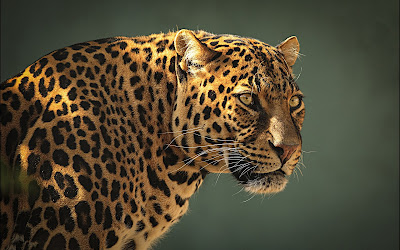 About twenty five years ago, in the middle of my sparkling career as a secondary school teacher, I returned to my classroom after morning break. I had been down to the staffroom to  see if there was any mail or messages in my pigeonhole.

On that particular day, I knew that a new boy would be joining my Year 10 English group. The Head of Year had  informed me of that the day before. The boy was being transferred from another big secondary school in the city but I had no idea why. As he was in Year 10 he would have been fourteen or fifteen.

It was customary for classes to line up outside classrooms before entering but that morning with the end of break still five minutes away. I was surprised to see that someone had arrived already and he was in the classroom sitting near the back wall. It was the new boy.

I went across to him and was rather taken aback to see that he had a knife in his hand - not a vicious hunting knife or a sheath knife but a dining knife - identical to the ones that were provided to pupils in the school canteen. The pasty-faced boy didn't even look up at me. He was too busy. He was using the knife to chisel away mortar from between the breeze blocks that had been used in the classroom's construction.

Inside me, I heard a voice yelling "What the hell are you doing?" as I confronted the lad but in reality I was  calm, like a psychiatric nurse dealing with a challenging patient. I asked him his name - "Dean! Who are you?" and I continued to speak calmly to him. He put the knife in his jacket pocket as that voice in my head said "Give me that knife you bloody thief!"

The other pupils had arrived and were  lined up outside the door. I let them in and the lesson commenced.

Over the next few weeks I discovered two things about Dean. He was naturally a good writer and he also had the ability to be very disruptive - deliberately winding other pupils up and frequently challenging my authority just for the hell of it. He was intelligent but he chose to use his intelligence destructively.

I was so curious about him that one day after school I went to the filing cabinets down in the school office. Here pupil files were kept containing paper records about ability, achievement, home circumstances and behaviour. But in Dean's file there was nothing apart from a school transfer sheet.

The next day I asked the Head of Year about Dean. Why had he been transferred to our school? I described his challenging behaviour and said I would find it helpful if I knew something of his past history but the Head of Year stayed shtum. There was something she wasn't telling me. By this time other subject teachers were also having problems with Dean.

A month or so after this, on a Saturday night,  I ran into a former teaching colleague called Maggie. She now taught at the school that Dean had previously attended. I asked her if she knew anything about him and immediately she explained the circumstances surrounding his expulsion. In front of a classroom of pupils, he had threatened a Science teacher with a knife brought from home.

I was astounded and when I got back to school the following week I spread the word amongst my teaching colleagues and asked the Head of Year why she hadn't provided this information. She said she was under strict instructions from the school's headteacher to keep Dean's chequered history quiet.

After two or three suspensions for bad behaviour near the start of Year 11, Dean became an habitual truant. This was a tremendous relief for me and others charged with teaching him.

Perhaps ten years after his schooldays finished I saw a report in our local evening paper "The Star" that Dean - now aged twenty five or six had been imprisoned for causing grievous bodily harm after attacking another young man. With what? A knife of course.

It still makes me angry when I look back. The headteacher who decided to sit on the information and keep staff in the dark did not have to teach the boy. They say that knowledge is power but by being denied information about Dean we were powerless to understand him and find ways of possibly dealing more effectively with him. The idea of a fresh start or a clean slate is all well and good but more often than not leopards don't change their spots.