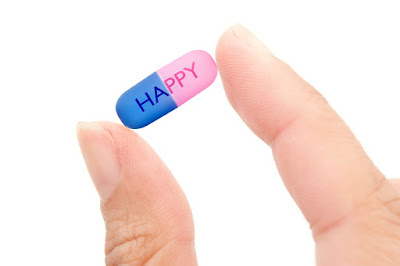 The other night I was sitting with three other blokes in a pub. If a stranger had spotted us, he or she might have thought -  "Oh, there are four typical Englishmen, having a drink and nattering away. They are chewing the fat and laughing. Four normal blokes sitting in an English pub."

But things are not always as they might at first appear. The other three men have all had mental health issues and all three have from time to time been on prescribed anti-depressants to keep themselves on an even keel. Two of them have suffered episodes that are commonly referred to as "breakdowns". Fortunately, all three are okay now but the consumption of anti-depressants is generally a secretive, untrumpeted habit. As far as I know, all three could still be on them.

I have never had a "breakdown" and in my life I have never consumed even one antidepressant pill. In that regard I guess I am lucky but that does not mean I float around on a cloud, rubbing my hands together with glee, complacently glorying in my robust mental health. I recognise that we all have our moments and mental health can be a fragile state. There but for the grace of God go any of us.

When I was working as a teacher and manager of other teachers, I gradually came to understand the extent of coping problems amongst my colleagues. Lots of them had visited their doctors about stress and depression. Many had been prescribed antidepressants. It was all hush-hush and at times it felt that I was the only one who had not succumbed to what seemed to be a plague of mental ill-health.

I don't like the idea of antidepressants. For thousands of years, human beings had to get by without them. No doubt many of our ancestors had mental health issues and could sometimes become very blue. But they didn't visit doctors for prescription drugs. They just got on with their lives, supported by friends and family and simply struggled to climb out of their despondency. Being active and simply doing things was a good way of keeping that old black dog in his kennel.

Life isn't easy. We all want to live in happiness, rising each morning with a smile and a positive outlook as we proceed through the calendar. It is what is hoped for but it is so easy to veer off the rails,  entering a lonely world of painful anxiety and self-doubt that might ultimately drive you to the doctor for those happy pills.
- June 28, 2017