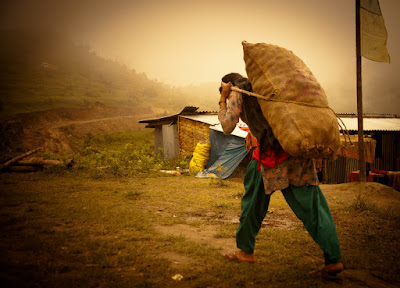 As I have grown older, I have come to see more clearly that we carry the past with us. How we were brought up, how our parents treated us  - it is all there inside us. We can never fully excise it.

My mother had a tough childhood. Her parents had a stormy relationship and finally -when she was ten years old, her father - my grandfather - walked out of the family home. He had fought at The Battle of the Somme in World War One. Undoubtedly, he had brought some of that horror back home with him.

With her little brother, Mum had to walk to her grandparents' house three ,miles away. It was  on the very day that her parents split up. For the remaining years of their childhoods she and Uncle Derek were raised by her grandparents - my great-grandparents. They provided warmth, security and love but the pain of that family break-up remained with Mum all her life and of course some of it seeped subtly and secretly into me.

I could also reflect upon my father's life and how unconsciously he also helped to form my character. I carry a part of him in me. But that's another story.

The four paragraphs above are merely a preamble. What I really want to get into is thinking about the thousands of children who were abused by Roman Catholic priests and nuns from Australia to America and from Ireland to France. Not just a handful of children but thousands. And it is likely that similar abuse is still happening today in remote corners of the Catholic empire.

What do those children carry with them into adulthood? Such shame. Such nightmares. Played back over and over again.

The awful experiences these people had remain with them - skeletons in their cupboards. They can never truly escape or leave the past behind. It will have shaped their relationships, their attitudes,  their careers, their everyday behaviour. Maybe they drink too much. Maybe they get depressed or angry too easily. Maybe they hide behind emotional brick walls. And if they have children of their own some of this pain will certainly be transferred, the poison seeping silently into the next generation.

I began by reflecting on how the past is present in me but I was never abused - sexually or physically and I was never an object of bullying either. The legacy that I carry is natural -  an easy one to bear compared with the crippling weights that are carried along life's path by the victims of abuse within the Catholic church. They were innocent and yet they were given life sentences.