Buxton, in north Derbyshire, is England's highest market town and the administrative capital of an upland area known as High Peak. It has a population of about 22,000 and an interesting history.
During the Roman occupation it was known as  Aquae Arnemetiae - or the spa of the goddess of the grove. Hundreds of Roman soldiers enjoyed spa breaks in Buxton walking miles to get there along well-trodden tracks from numerous military outposts. The Roman occupation of Britain lasted for 350 years, beginning in 43AD, so Aquae Arnemetiae would have accommodated many generations of Romans. 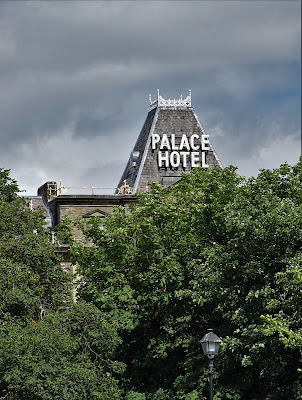 There was a resurgence of interest in spa waters during the Victorian era. Railway tracks descended upon Buxton and soon the town became a booming inland resort with impressive hotels, bath-houses, pleasure gardens and the famous Buxton Pavilion with its vast glass dome, dining rooms and horticultural displays. A late afterthought was The Buxton Opera House - completed in 1903. It is a delightful little theatre that still thrives today. 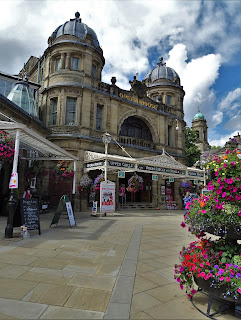 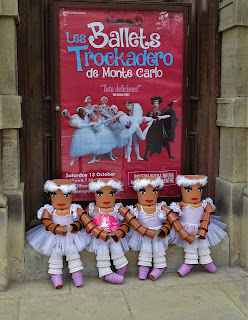 Buxton is around twenty four miles from our house. On Tuesday, Shirley suggested that we ride out there and so of course, being a mild and agreeable husband, I assented immediately to this "request". It was a lovely drive over and an even prettier drive back.

In between, we strolled around, visited Buxton Pavilion and the marketplace and had a splendid lunch in Wye Bridge House - which is now a popular pub-restaurant run by Wetherspoons. Her ladyship had enjoyed her trip to Buxton in summery weather. It is a very different place in the dark days of winter when cold winds blow and sleet lashes down from iron-coloured Pennine clouds.
- August 02, 2018